As you are aware, my adventure, FT 0: Faerie Tales from Unlit Shores: Prince Charming, Reanimator, was nominated for an Ennie as “Best Electronic Book”.  (http://www.ennie-awards.com/blog/2014-ennie-awards-nominees/)

Now, I will grant you that I have been critical of EN World in the past (and still am, as the decisions I find offensive still remain in place), but I will also admit that I am pleased by the nomination. But whether or not I am pleased doesn’t matter. What matters is that any time anything wins an award – be it an Oscar, a Grammy, or an Ennie – its profile is boosted. This translates to more sales for the publisher (Purple Duck Games), and this translates to more interest in the system (Dungeon Crawl Classics). 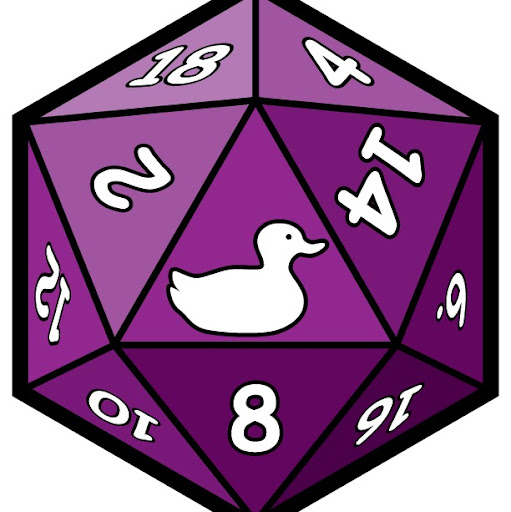 Take a minute and look over all the PDG products for DCC. There are a lot of them. I wrote most of them. In the case of Prince Charming, Reanimator, the product is PWYW to support a kickstarter from Eggplant Productions (http://eggplantproductions.com/) that would provide quality fantasy literature for adults and children alike.

The product has been a success – it has paid for itself and then some – but when Mark Gedak at PDG agreed to take it on, he was paying out of his own pocket for cartography and art to help me help a third party which was not even rpg related. I can’t put into words how many kinds of awesome that is.

I hope you will consider investing in Purple Duck Games with your vote, not only for Prince Charming, Reanimator, but also for Monsters of Porphyra in the Best Monster/Adversary category.  I have been discussing with Mark the possibility of converting Porphyra materials to DCC (their Pathfinder versions would still be around!), and PDG doing well in the Ennies would encourage Mark to consider that route.

(I did the official conversions of Harley Stroh’s Well of the Worm and Tower of the Black Pearl for Goodman Games, as well as the DCC conversion for the upcoming edition of GM Gems, so I have some experience in doing this kind of work.) 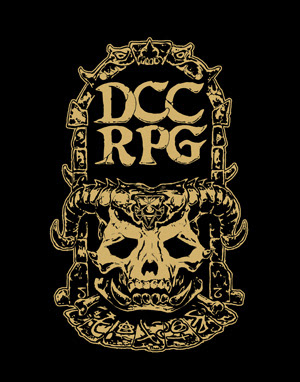 I took a look at past Ennie winners, and with the exception of the phenomenal Crawlers’ Companion by Purple Sorcerer (surely the most deserving award winner of all time), I couldn’t find a single DCC product. Not one adventure. Not one.

I have absolute faith that Joseph Goodman’s business plan is not contingent on recognition from EN World.

How can The One Who Watches From Below, Bride of the Black Manse, Sailors on the Starless Sea, or Frozen in Time not be recognized?  Really?  How can they not be at least nominated? What about all the excellent third party products for DCC, like Jon Marr’s A Gathering of the Marked or Stephen Newton’s The Haunting of Larvik Island? Did I just miss them?

Friends, this has got to change. Not only does Purple Duck deserve a higher profile for its work with DCC, but Dungeon Crawl Classics itself needs a higher profile in the Ennies. And in any other fan-based award out there. 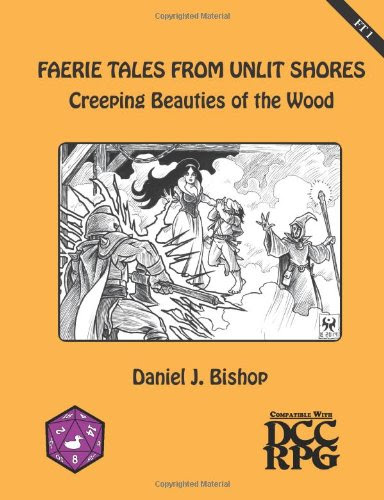 Re: Faerie Tales from Unlit Shores

The FT Series is intended as a series of 7 adventures, running from a 0-level funnel (Prince Charming, Reanimator) to a 6th level finale. This is not an “Adventure Path” – the nature of gaining levels in DCC (http://ravencrowking.blogspot.ca/2013/10/some-thoughts-on-dcc-campaign-length.html) means that the PCs will need to have other quests in and among the FT Series adventures.  Once you get past FT 2, which I am currently working on, you will likely need to include another adventure to reach the suggested level for FT 3. Likewise, another two adventures before you are ready for FT 4, etc.

Some of the CE Series modules will be usable in this regard – I am actually working on one with two goblin classes that is intended to potentially tie into the FT Series as well as any other campaign milieu. If I can get permission from their publishers, each FT Series module from FT 3 onward will list suggested adventures, and how to adapt them to the FT milieu.

FT 2 was originally going to be named The Little Mermaid of Innsmouth, and is now being called The Portsmouth Mermaid. Dagon, Cthulhu, and Hans Christian Anderson meet for an adventure within the town of Portsmouth. Needless to say, all is not sweetness and light. I hope to give someone nightmares with my version of the Sea Witch.

In just two modules, the FT Series has already given you two fully described patrons and a new character class, as well as the strangeness and danger that you expect. As the series goes on, the amount of world-building material will only increase. You have been warned.

The FT Series will eventually take you up the beanstalk and into the lands of the Desert Faerie. It may seem hard to ramp up adventures when is already dialed to “11” and you face a dragon at the start.  Don’t worry.  With six adventures in the series, FT 6 won’t be dialed to “17”; I am shooting for at least “20”!