The DM & Dine program at Storm Crow Manor in Toronto is now officially open. As one of the GMs in the program, I hope that you will take a look at it.

"The main quest of the DM & Dine program is to give new players, experienced player or just DMs who need the night off the chance to come play the tabletop RPG of their choice with one of our expert dungeon masters.

Don't worry, we will supply you any provisions you may need on your journey: characters sheets, dice and of course – food is included!  Each player gets their choice of appetizer and entrée for their journey."

Please allow me to facilitate an evening of great food and high adventure! 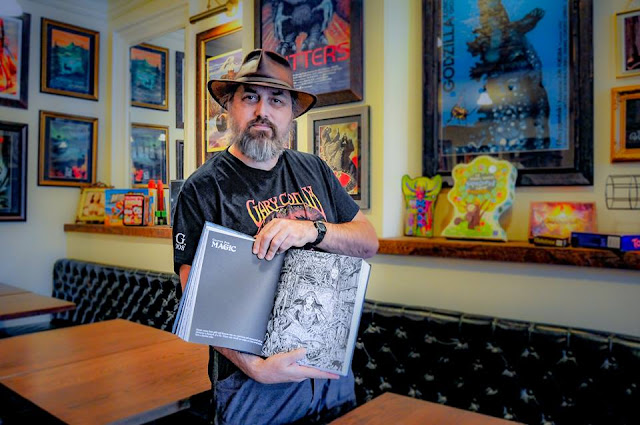 Posted by ravencrowking at 14:00 No comments: 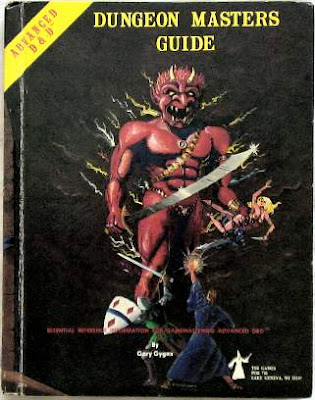 The question came up on Facebook recently: Should players be allowed to read the GM section of RPG rulebooks?

I thought that it was an interesting enough question to crosspost my answer here.

Encouraged? That's a different question, because you can't unlearn what you see....and, regardless of being "really outdated and obsolete", the opportunity for true discovery of the fictional milieu can be removed by knowledge. This is analogous to film spoilers, in a way.

Which is how you get a game like Dungeon Crawl Classics, which actively encourages the GM to make new monsters, has no standard magic items, and even suggests that the GM make campaign locations where the forces of magic work....differently.

For some of us, that sense of discovery is actually what the game is about.

At some point, through experience or through reading the monster and GM books, you learned the ropes. The game shifted. It became about how the pieces were used, rather than discovering what the pieces were. That information disparity was about the current (and extended) situation - the particulars of this encounter or that adventure. Rather like most fantasy fiction itself, the process of discovery narrowed from not even knowing what a word like "goblin" was going to mean in the context of the fictive world to wondering how common tropes are going to be combined this time out.

I run Dungeon Crawl Classics because you can read the book cover-to-cover and that magic will still be there. There is no monster book to memorize. There is nothing to un-know.
Posted by ravencrowking at 09:13 4 comments:

Last weekend, I drove to Guelph, Ontario to attend GenreCon at the Delta Hotel & Conference Centre. GenreCon is primarily a media-based event, with a lot of cosplay, but fellow judge Chris Jeffers and I did our best to represent!

One issue that occurred with the programming was that DCC event times, while clearly listed on the website, were not clearly listed at the event. Nonetheless, on Saturday I was able to run Thirteen Brides of Blood and The Imperishable Sorceress at the convention.

Because turnout was insufficient to run two tables, Chris joined me at mine on Saturday, and I got to be a player in his Sisters of the Moon Furnace game on Sunday. This turned out to be the best-attended game of the convention, with Chris having to handle a very full table!

Neither Chris nor I had received swag for these events in particular, but Chris had managed to put together not only a nice amount of stuff to give away, but set up a generous raffle to support the United Way.

All in all, it was fun, and I would do it again. I would try to plan better, and make sure that a schedule was posted at the convention, though!

Posted by ravencrowking at 11:24 No comments: