The Only Way Out is Through 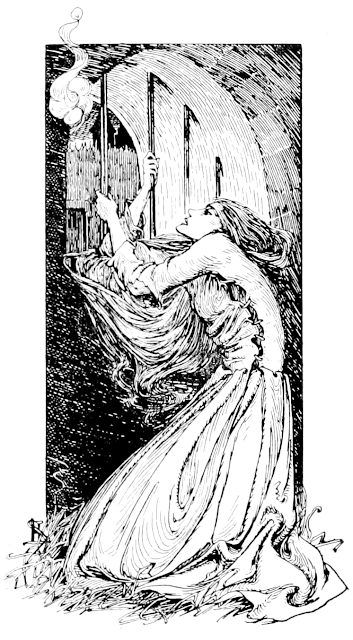 or, How it Becomes the Players' Game

In a response to a previous post, Vanguard said:

My major objection to all of this is the kind of false choice that the sandbox engenders. The players are thrust into a situation and while the focus of the game does become the thread they follow the most, you're still playing the GMs story, so to speak.

He goes on to say:

I would much rather (for the moment anyway) sit down with the players and talk about what kind of game we want to play and build the world, the setting, and the major conflict together before rolling our characters.

This is interesting, because it seems to suggest that in the first case (the sandbox), the players do not get to play the kind of game that they want.  It also suggests that building the milieu cooperatively results in a fuller experience than exploration of a milieu. That may be true.  Then again, it may not be.

To my mind, no matter what kind of game you are running, player buy-in is mandatory.  Which is another way of saying that, given the freedom to do so, players will always follow the threads that they find interesting, and avoid those they could care less about.  This does not just mean following threads that the GM intends them to follow, it means determining what they would like, determining what they need to do to get it, and laying down threads of their own.  Therefore, I am not at all certain what type of “false choice” Vanguard is referring to.

Conversely, imagine that you sit down with the players before the game is devised, and discuss it with them thoroughly.  Taking their input into account, you then set to work on the game milieu.  Does this in any way suggest that the game cannot be a sandbox?

Moreover, if the game is intended to be linear, following the “major conflict”, isn’t it still going to be “playing the GM’s story, so to speak” if the GM determines the details and texture of that story?  I.e., if he writes the actual adventures to be used?  This seems to me, therefore, to be a false dilemma.

If the game is linear, and the players become less interested in the “major conflict”, are then given a choice to get off the rails at that point, or do they play through to the grim death?  Is the campaign milieu then still of use to the players and GM?  Or is that work then bundled away and forgotten?  Much of the value of a persistent milieu arises from its very persistence.  The changes wrought on the milieu matter, to a large degree, because they are lasting.

Ultimately, the only way the game ever becomes the players’ game is if they “follow through” – if they decide what they want to wrest from the material presented (at whatever stage of creation it is presented in), and then take charge of their own destinies.  And, no matter how focused a linear model game may seem, ultimately a linear model limits the degree to which you can make meaningful choices in the game.

In games I run, there are three types of adventures that occur:

(1) Persistent Adventure Locations:  Places the players know they can always go to find a little danger, and perhaps a little coin.  The Dungeon of Crows is always a place to go, barring any other pressing business.  Likewise, any old-school campaign megadungeon, such as the ruins of Castle Greyhawk, Barrowmaze, or Undermountain.  Note that wilderness exploration is the same sort of thing.  IMHO, a world cannot have too many persistent adventure locations.

(2) Adventures of Opportunity:  A ship founders on the rocks and is destroyed.  The PCs can attempt to become involved in the salvage, or not, as they desire.  The Ghost Tower of Inverness is making its regular appearance – you can explore it now, or wait another century.  A caravan is looking for guards on its trip to the Eastern Lands.  Princess Zelda was captured by a dragon.  A king offers a prize for the most interesting curiosity presented to his court at midsummer.  Etc.  These are adventures that the players are either interested in, or not, but they don’t get to go back to them if they let them slip by.  The wise GM gives notice for most long in advance, and only fleshes out his notes on these adventures if the players seem interested.

(3) Player-Driven Adventures:  The wizard seeks a new spell.  The warrior seeks a weapon-master who can grant him special knowledge.  The cleric wants to quest to cure those suffering from disease in order to undo divine disapproval.  The players set the basic parameters (“I would like to do this”) or even the exacting parameters (“I would like to do this, and I think it might be accomplished by doing that”) and the GM runs with it.

Lots of adventures actually combine these types, of course.  The wizard seeks a spell, thought to be contained in the Ghost Tower, for example.  The warrior seeks a sword thought to be lost in Undermountain.  The Thieves’ Carnival occurs in a persistent city location, but offers unique opportunities for the larcenous at heart.  Etc., etc.

Anyway, that’s how I do it.
Posted by ravencrowking at 12:34