The Bone Hoard is Getting the Print Treatment 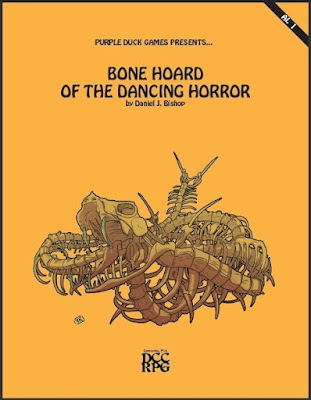 You can get it here.

Or read the reviews here.
Posted by ravencrowking at 08:21 2 comments: 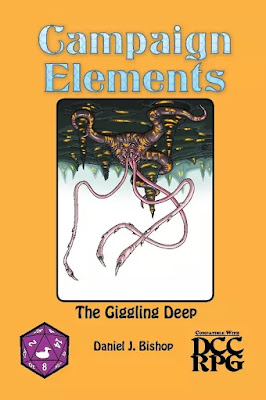 Available in pdf at RPG Now (print to follow).

The Giggling Deep describes an underground location with unique properties that will draw wizards and elves back again and again. Other character types may find things of interest to them. The Goremera offers a unique combat challenge, and warriors may be tracking the beast to avenge its victims. Thieves are given three potential prizes – the Goremera’s hoard, a shrine to loot, and a creature whose cooked flesh aids in combating poisons. Clerics of the Hidden Lord may need to reach His shrine to achieve some quest. Clerics of opposed deities may be sending their minions to destroy it. Giving multiple PCs different (and sometimes contradictory!) purposes in entering the region results in the most fun.
Posted by ravencrowking at 09:12 No comments: 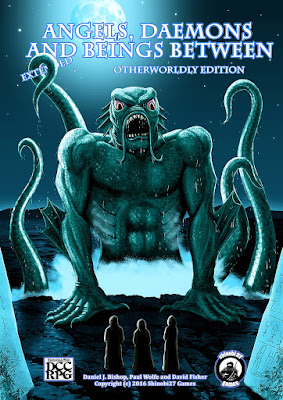 The Extended, Otherworldly Edition of Angels, Daemons, and Beings Between is now available. Right now, the hardcover Dagon cover is the only version active.

Due to licensing, there is no pdf version at this time. David Fisher deserves a lot of praise for obtaining the rights for a print version.

Angels, Daemons and Beings Between: Extended, Otherworldly Edition is a Patrons supplement for the Dungeon Crawl Classics Role Playing Game.

The Dagon Hardcover Edition has been made as a backers' reward. It will only be made available publicly after backers have the book and then only at limited times.

More than mere supernatural benefactors, they are the schemers whose plots set worlds into motion. They are beings who amuse, enthrall, and terrify the mortals who dare to bargain with them!

24 new and fully developed patrons and demi-patrons for the Dungeon Crawl Classics Role Playing Game. Included are 66 new spells, more monstrous minions, and new spellburn and patron taint tables to use in your DCC campaign.

A must for DCC enthusiasts!
Posted by ravencrowking at 11:13 1 comment: