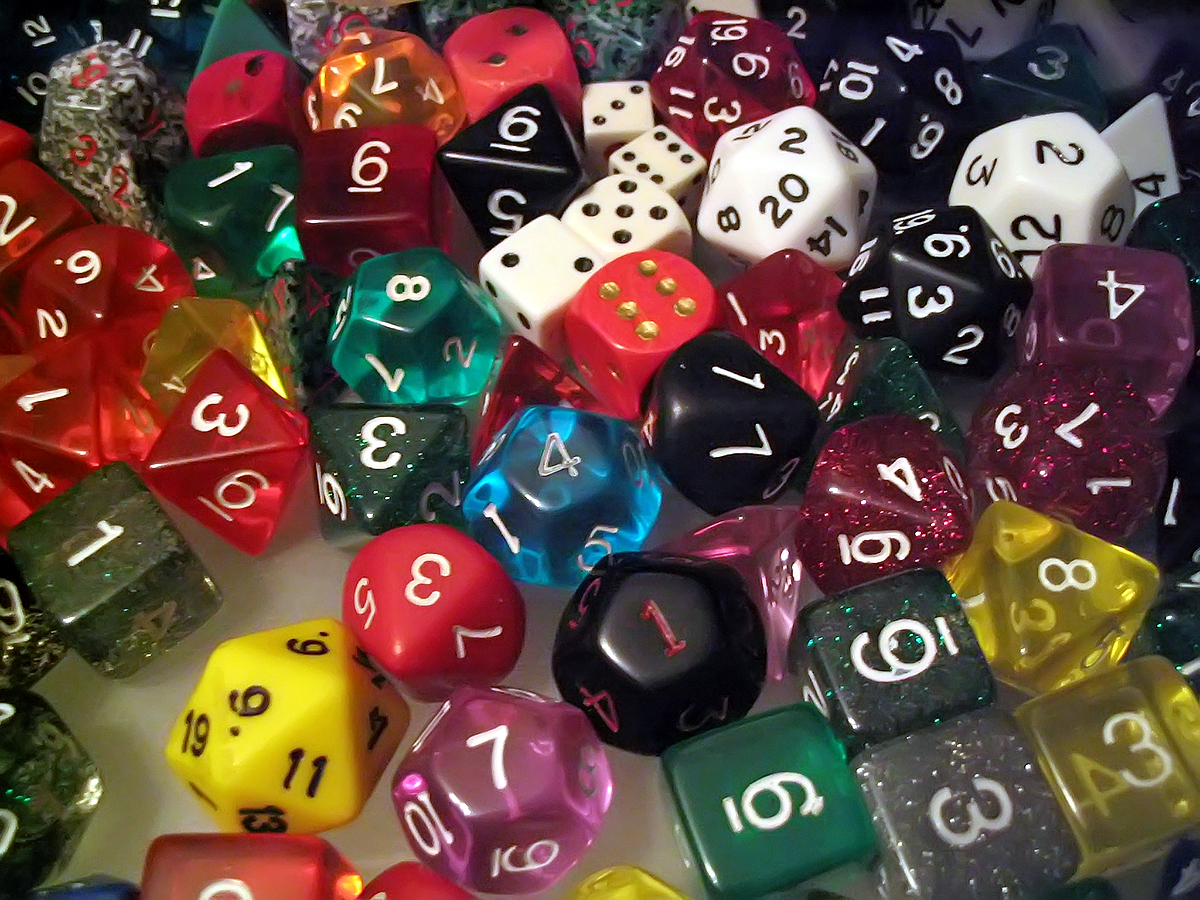 I have utilized several methods of rolling dice over the years. When I started the game, polyhedral dice were not even widely available, and chits were used. Eventually, cheap plastic dice appeared. You had to colour these in yourself to make the numbers legible. The 20-sider was numbered 1-0 twice, so that you coloured one side one colour, and the other side another colour. Say, red indicated 11-20, while white indicated 1-10.

Nowadays, I have a huge collection of dice, and have multiples of everything in the Dungeon Crawl Classics dice chain several times over. But the tools don't matter as much as what you do with them. So here is how I roll.

(1) Almost everything is rolled in the open. In the DCC core rulebook, Joseph Goodman gives the advice to roll the dice in the open, and I second it. You can have players who believe you are not fudging the dice without doing so, but when they see the dice fall, they know it to be true. Die rolls in the open are way more exciting than dice rolled behind a screen.

(2) Some things are still rolled behind the screen. Attempts to find traps. Attempts to locate secret doors. Basically, if the players should not know the result, the dice remain hidden.

The goal here is to create the same level of uncertainty in the players that their characters should experience. Is there a trap that we just failed to find? Perhaps we should still be cautious....

Some GMs prefer to allow the players to roll these checks, and then use a "control die", secretly rolled by the GM, to modify the player's roll, or to set the DC for the check. This gives the players an illusion of having some control over the result, but I find it unsatisfactory. First off, you are adding an extra roll for no good reason. Second, the illusion is pretty easily pierced. Third off, the results may be skewed.

(The struck out portion is incorrect; see comments, below.)

(3) I let the players roll damage for the monsters. First off, this ensures that I will never fudge damage to save a PC. Secondly, it gives the players a clear understanding of their opponent's damage potential - part of that context thing I am always going on about. Finally, doing so really keeps the players involved. When the GM inflicts 24 points of damage on your beloved elf, you might be tempted to blame the GM. When you are rolling the damage yourself, you begin to really hate your opponent.

Posted by ravencrowking at 14:30 5 comments: