I am trying to decide between Basic Fantasy, Labyrinth Lord, Mutant Future, and Stars Without Number for my example minor adventure site. Does anyone have a preference?
Posted by ravencrowking at 14:11 4 comments:

I recommended earlier that the initial area for a sandbox milieu contains at least three major and six minor adventure sites.  The reason for this should, by this point, be obvious – if the goal is not to railroad the players, then they must have choices about what adventure sites they will explore.

At the same time, I recommend that any campaign megadungeon is not located in (although it may be adjacent to) the initial area.  This is because it is desirable that the players think of the game milieu as more than just a village and a nearby ruin.

Why is this desirable?  Because, no matter how interesting the megadungeon may be, without the context of a larger world, such campaigns tend to grow stale rather quickly.  If your experience, or your particular strengths as a Game Master, suggest otherwise, you should disregard my advice, and go with what feels right to you.

Within the context of this discussion, a minor adventuring site is any area that can be fully explored in 1-2 game sessions or less.  Examples of minor sites might be a “five room dungeon”, a ruined villa or inn, a modest tomb, a small cave complex, or an abandoned lighthouse.

A major adventuring site is any site that requires more time and care.  Note that it may not be immediately apparent to the players which sites are major, and which sites are minor.  What appears to be a small cave complex may lead deep beneath the earth.  What appears to be merely a ruined villa may have several dungeon levels beneath.  Only by actual exploration may the players learn the truth.

Although the following is given in a step-by-step format, individual Game Masters are advised to strike while the iron is hot.  If you find yourself moved to work more on a single location, do that work first.  The steps are given in order to supply structure, and in order to supply direction when you are foundering.  They are not included to suggest slave-like devotion to a process in total disregard to your own creativity!

1.  Start by deciding on the nature of each adventure location.  Describe it in a single-sentence or a short paragraph.  For example:


2.  Select or draw maps for each of your adventure sites.

3.  Decide what major creatures are located at each site, developing a random encounter chart if applicable.

At this point, if you are forced to “wing it”, you have enough information to offer a consistent presentation, so long as you take notes on what you decide in play.

After immediate needs are met, do whatever work interests you the most.  Or, take a break if nothing is particularly interesting to you.

Further develop your adventure location.  Do encounter area write-ups, place monsters, place treasures, etc., etc.  This is, in fact, similar to what you would normally do when creating an adventure site.

Every hour of prep work should result in at least two hours of game time.

Some modification of this advice is in order, for this particular step, because you do not, under any circumstances, want to force your players to interact with any particular area in a sandbox milieu.  The trick, then, becomes to (1) maximize value while (2) maximizing player choices.

Doing so requires that you accept, a priori, that some treasures will never be found, some monsters will never be encountered, and some areas will never be explored.  If you’ve gotten into the habit, pushed by later versions of D&D, that the unit of play is the encounter, that encounters are set pieces that the players must play through, that treasures are “rewards” which must be found to ensure proper wealth by level….you need to get yourself out of those ruts right now.

That is not how things work in a sandbox milieu.

If you can, grab some old and new edition modules, and look closely at the maps.  You will notice that, even in the most railroad-y of the older modules, there tend to be multiple ways to reach various areas, with a few choke points.  There may be much treasure hidden, but there is an assumption that finding it will rely at least in part on chance.  Module B1 actually states that in any good dungeon the PCs will not find all the treasure.

Melan did an excellent analysis of these maps, which can be read here:  http://www.darkshire.net/jhkim/rpg/dnd/dungeonmaps.html

Adventure sites have replay value if the players decide that there is more to explore – simply using a complex map means that an area will gain more bang for the effort put into it.

Rather than trying to create a complex narrative of events that will happen, when you create an adventuring site, you should create minor threads of events….things that link the various creatures in the area.  Bits of politics.  Secrets small and large that can explode out into a narrative.   Basically, you are supplying hooks upon which you can build your improvisation when determining how various creatures react to the player characters and to each other.

In this way, you will allow the choices of the players, and the actual interactions within game play, to push various elements to the foreground.  Because you have done very little work on these snippets, it doesn’t matter if most of these are pushed into the background.  Also, in a persistent campaign milieu, the hook that is pushed into the background today may be thrust into the limelight tomorrow!  In this way, previous interactions will be given greater context, and take on a depth of their own.

I cannot stress enough how reading the older fantasy and adventure fiction authors – Edgar Rice Burroughs, Jack Vance, Robert E. Howard, etc., etc., etc. – helps with this.  These authors make use of characters who could well be PCs and NPCs in a role-playing game.  The protagonists run into characters who have agendas of their own, and those agendas make the main thrust of the story richer simply by interacting with the protagonists.  This means that these stories are less tightly plotted….but less tightly plotted is exactly what is desired in a sandbox.  These authors can really help you learn how to deliver on that desire!

You can increase the value of your design work by referencing other adventure sites in the site you are working on.  For example, a log in that abandoned lighthouse might mention the ruined jungle city.  A group of slavers operating out of part of the jungle ruins might be in league with the pirates that buried their gold in those sea caves.  A letter found in the collapsed inn refers to a treasure hidden in a small cave complex long ago.

In this last case, the party might have already wiped out the goblins who were once living there, but never located the hidden treasure (which neither they, nor the goblins, knew about at the time).  Suddenly those caves are worth another look!

Imagine that you wish to present the players with a “rescue the prince” scenario.  A merchant’s son is taken by cultists, and is going to be sacrificed in a cavern temple to a spider god.  The merchant will pay good money to save his son.

Imagine also that you want to use other parts of the cavern complex as a further adventure site, to increase the value of your work in this area.  How can you do this?

First, provide both an obvious entrance to the complex, and a concealed entrance that the cultists use.  Vermin of various sorts are good encounters for the opening areas of the obvious entrance; the cultists bypass these by using the hidden entrance.  Note that the players may use tracking, divination, or other means to also bypass these areas.  This is not cheating; this is playing the game.

Second, ensure that there are other ways to go that merely straight to the cult’s spider temple.  And some of those ways should have intelligent inhabitants.  Kobolds may attack intruders on sight, but they know about the temple, hating and fearing the priests there.  If the party can find a way to communicate, they might glean some valuable information!

Finally, include one or two bizarre things not associated with the temple itself.  For example, when I used this scenario, I included a tentacled horror that was actually quite cultured, and was more than willing to talk to the party as soon as it realized that they could actually fight back.  This provided the players with a strong clue that there was more going on in the complex than merely spider cultists and kobolds.

I also included a fountain carved in the rock – clearly feyish in nature – next to a long drop-off, just where the PCs needed to turn to locate the spider temple.  There was more than one way to go, but one way was obviously easier than the other.  Yet, the presence of the fountain clearly piqued the player’s interest…and if they went down the shaft, there were more indications that deep fey dwelt in that region.

Simply leaving “other ways to go” is insufficient to make your design hours really work for you – actively give the players reasons to examine those other locations.

Likewise, if you are considering including one or more Killing Fields, Megadungeons, or potential Epic Endgames in your campaign milieu, you can begin foreshadowing other adventure possibilities by including them now.  If you are interested in expanding the initial starting area beginning with the region to the immediate south, put in hints about that region right now – goods from trade routes arising in that region can appear in a bandit’s lair, for instance.

Again, supply of information is key to creating these sites, and making them work for you.  If you create 9 sites over the course of 20 hours, and three sites are used for a total of 40 hours or more of game play, you win.  If six out of nine are used for 60 hours of game play, even better.

And the key to “even better” is to provide linking information, put the ball the players’ court, and then enjoy the ride!

Next:  An Example Minor Adventure Site.
Posted by ravencrowking at 12:11 1 comment:

The first look at the RCFG owlbear: 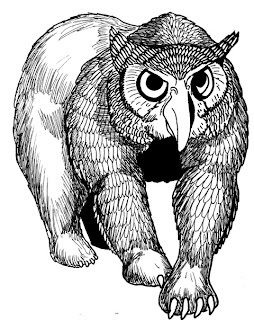 And here is the RCFG goblin, riding a black goat, with a pair of banefoxes: 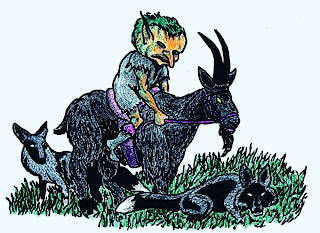 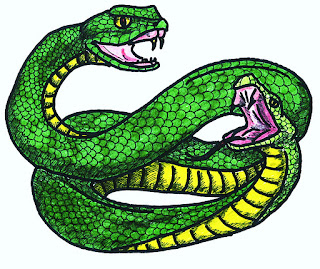 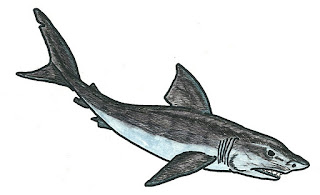 All of these pictures, as with the previous illustrations, are by Daniel J. Bishop, (c) 2011.

Comments would be welcome!
Posted by ravencrowking at 15:36 5 comments: