Perils of the Purple Planet! 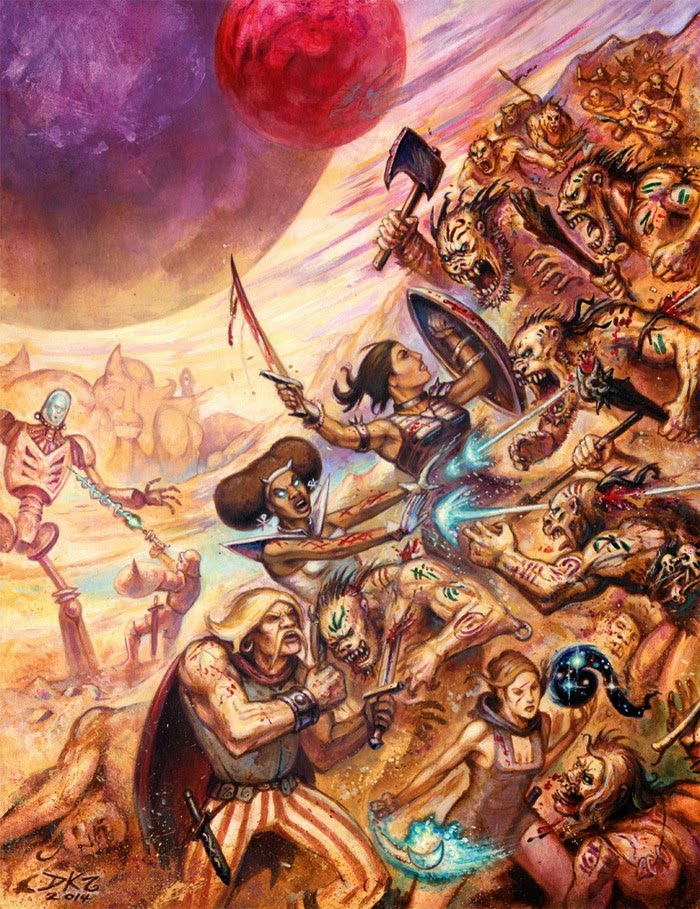 Goodman Games'  Perils of the Purple Planet kickstarter is live!

Send your fantasy adventurers to face alien perils in Harley Stroh’s long-awaited sword-and-planet epic! Having been one of the lucky few to be able to contribute, I've had a chance to take a look at the work in question, and it is well up to Harley's already high standards!

Even if you don't support the kickstarter, you should drop by to see Doug Kovacs' amazing art!
Posted by ravencrowking at 11:15