One is not meant to extrapolate anything 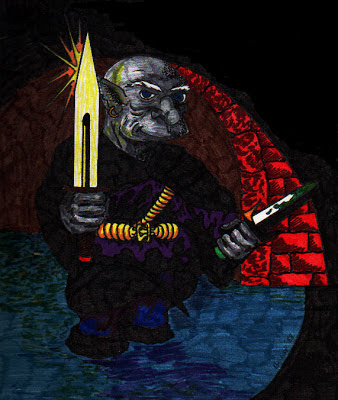 All language is, by its very nature, subjective, although some statements are closer to objectivity than others.  It is nearly impossible to make a complex statement without also communicating ideas that are implied by, but not contained within, the statement.

I say “nearly impossible” because there might be counter-examples out there, somewhere, even though I have never seen one.  I very much doubt that you have either.  The nature of language is such that the odds of a counter-example are exceedingly remote; this is a problem which has long been known to those who study language and philosophy.

In fact, it is a problem that most of us are aware of well before we get out of high school.

Many go through a phase of wondering if what they see as “green” and what you see as “green” is the same thing.  Most of us get beyond the navel-gazing implications and move on.  Some of us retain an awareness that language is always vague to some degree, and attempt to compensate for it.  Others not so much.

There will always be those who believe that they can put forward an argument that carries no implications beyond the precise words that they choose.  When you ask about/point out implications, and you get immediate responses like

I made a post about the thing I wrote about that says the things I wrote, not about the opinions of some phantom side-picking idiots.


Please check your baggage before boarding.

that should be a clear indication that something other than honest discourse is going on.  And that doesn't necessarily mean that the writer is lying to you.  As often as not, human beings tell themselves stories about how they are clear and precise, and the world simply fails to understand them.  As the saying goes, a poor workman blames his tools, and we are all poor workmen from time to time.

First off, what we say always carries more information than what is intended.  In addition to multiple potential denotative meanings, words and phrases carry connotative meanings and meaning by implication.  No one can say “If I meant something other than what was written there, I would have written that instead” with any degree of validity.  Even perfect mastery of language would not help; language is imperfect.

Reader bias is significant.  Whenever we read something, the words always come through a filter that operates, essentially, as “If I had written that, this is what I would have meant by those words”.  The implication is that, therefore, there is a good chance that the writer meant something similar.

Because writing lacks the tone, inflection, and contextual clues offered by gestures and facial expressions which face-to-face communication provides, these problems are exacerbated.  I firmly believe that most InterWeb arguments would end quickly over a pint at the local pub, not because of the pint or the pub, but because face-to-face communication offers greater clarity of intent.

Even so, it is incumbent upon the writer to be careful about what he writes.  if you don't want the reader to look for meaning that can be extrapolated from what you're writing, for example, you should probably not call it a parable.  A parable implies a lesson, metaphor, or subcontextual meaning to be extracted.

This post has little to do with gaming, but it has a lot to do with how we talk about gaming on the InterWebs.  As writers, we should not be so quick to assume malice or laziness on the part of those who draw different conclusions from what we wrote.  As readers, we should try to separate out our reader bias, and accept clarifications that are offered from the writer.  These things are not always easy to do – I feel pretty certain that any reader of this blog knows that I fail in this regard as often as I succeed – but they are important to attempt.