Judgement Calls – Good, Bad, and Other

Part of running a game is making judgement calls.  This is so true that, in early D&D (as in DCC) the game master was often referred to as the “judge”.  Anyone who is even halfway decent at running a game is going to try to make judgement calls which make sense within the context of the game milieu, the rules, and his understanding of what the rules represent.  Further, a good judge attempts to neither favour nor disfavour the players.

First, the more complete prep work must be, the worse the ratio from prep time to play time.  Even if the judge manages to gain two hours play from each hour prep, this still means that he has to work for two hours in order to arrange a four-hour play session.

I am one of those GMs who believes that RPG rules should not be written for lawyers.  They should not require massive amounts of homework to determine how to “legally” make a monster, nor should they require the person running the game to memorize clauses and subclauses in order to play the game.  Moreover, I strongly believe that the game rules serve the fictional milieu, not the other way around.  The game rules give support to the fictional milieu, but if there is a situation where the milieu and the rules are in conflict, the milieu wins.

For example, if a party is attacked by an ice elemental, I don’t care if the author failed to note that it was impervious to cold – I can extrapolate that.  Likewise, if the author failed to note a vulnerability to fire, and the players realize that an ice elemental is likely to be more damaged by fire than electricity, I am not going to penalize player ingenuity on the basis of the writer’s lapse.  I am very much fiction-first.

In the case of a game like Dungeon Crawl Classics, I am very much of the opinion that the judge is intended to interpret the results of various tables and charts – including spell results – in a way that makes sense first in the fictional milieu, matches the rules second, and echoes the writing upon which both were based (the literature of Appendix N) as often as possible.

In the immortal words of Joseph Goodman:  “The judge is always right. Let the rules bend to you, not the other way around.”  If the judge believes that something should work in a particular way, that is the way that it works.

Every GM is going to make bad rules calls.  Sometimes those calls will work against the players.  Far more often, they will work to the players’ benefit.  The judge will forget that some monster has an extra action die.  He will decide that the 200 giants not currently engaged in melee don’t throw their javelins.  He’ll forget a negative effect that is attached to some magical item that the party is using, and, having forgotten it, will decide not to retroactively bring the pain.  He won’t make you go back and re-do the fight where the cleric is casting full-round spells as actions. 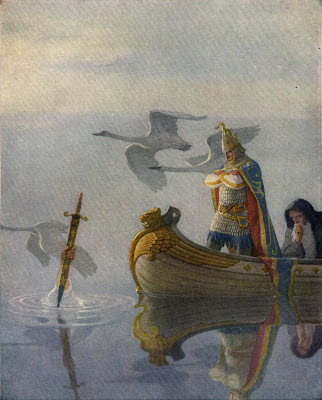 Players do not usually demand that the effects of bad rules calls, or mistakes in their favour, get undone.  Even when the battle is in progress, they do not generally wish to “roll back” to the first time a character got to take more actions per round than was strictly allowed under the RAW.  Some of those same players will scream bloody murder if they believe a rule call made against them was bad.  Some will even expect the GM to justify any rule call that goes against them.

I have no desire to run a game where I am not able to make rules calls as I see fit.  In all cases, I try to make what seems to me to be the best rule call at the time.  I may make a mistake.  I may not make the best call possible.  But in each case I try to do so.  And I really, really don’t want to grind the game to a halt so that we can argue for four hours about whether nor not you took 2 points of damage.  I especially do not want to do so if the argument is hostile.  Accept the call, move the game forward, and discuss it after the game or on a non-game day.  If an adjustment needs to be made, it can be done then.

Last night I made two judgement calls about how the magic shield spell works.  I ruled that, at its highest value, magic shield does not reduce ability damage from poison, and that it does not reduce ability damage caused by contact (that, in effect, once the attack had bypassed the +8 AC bonus, it had made contact).  I had ruled that “damage” in the spell, effectively, was reduced as a result of a cushioning effect (i.e., a decrease in velocity softens blows that target the protected characters, and that this loss of velocity is what defeats missile attacks).

The poisoning occurred as the result of the caster’s own spell, as a secondary magical effect in the area he was in.  Part of my ruling was based upon this; if magic shield protected from this effect, consistency would require that it also protect the caster from effects of mercurial magic that might cause the caster damage.  There was divine power involved as well, which I took into consideration (although I would expect magic shield to protect from a bolt from the blue, say, I believe it would not be unreasonable for direct divine intervention to trump magic shield…YMMV).

Similarly, I would not have assumed that magic shield prevented drowning, or aided a character who chose to take some drug that caused Intelligence loss.  Once something is inside the body, it is past the shield, and past the shield’s damage reduction.  I would have ruled the same if a PC were using a poisoned dagger against a creature similarly protected – the AC would determine if it hit, the shield would reduce the dagger damage, but it it hit, the poison would be unaffected by the shield.  It is quite possible to get wounded below the threshold of 1 hp and still break skin – the ubiquitous poison pin trap on dozens of dungeon chests does the same thing.

Anyway, I interpret this as falling under camp rules:  If you insult the food, it’s your turn to cook.  I am hoping to get out from behind the screen for a few weeks with the home group, to recharge my batteries, and let them have some idea of what running the game is like.