"Well, maybe the Sleestaks aren't so bad after all." 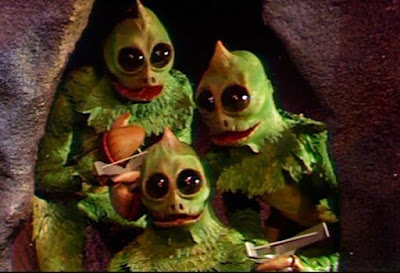 Last post presented the Gorn for DCC and MCC. Another version of reptile people that has been influential on gamers are the Sleestaks from The Land of the Lost. These are the original Sleestaks, not those from the 1991-92 series or the film.

The Sleestaks were reptilian creatures which had an interdimensional technology based on crystals. At the height of their civilization, they created the Pylons, and presumably enfolded the titular Land of the Lost into its own pocket dimension, including a river that (as with Philip José Farmer's Riverworld series) continues in an endless loop.

Sleestaks use "crossbows", a sort of dart-firing slingshot with a range of 10/15/20 that does 1d3 damage. They are averse to bright light, retreating from torches and daylight, If forced to fight under these circumstances, they suffer a -1d penalty to all attack rolls. 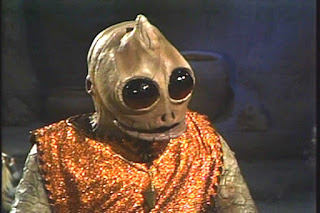 A very few advanced Sleestaks may still exist. These creatures have speech and reason, and may have mastery of technology or psychic powers beyond the ken of their more primitive kindred. Advanced Sleestaks also do not share the usual Sleestak sensitivity to light.

Sleestaks also appear in Secrets of the Serpent Moon in Metal Gods of Ur-Hadad #2. If you look closely, you may discover Sleestaks in D.A.M.N. #1, and a single Sleestak in The Tribe of Ogg and the Gift of Suss. Where stats are provided in those sources, they differ from the ones produced below.

Without further ado, here are some Sleestaks for your DCC and MCC games! 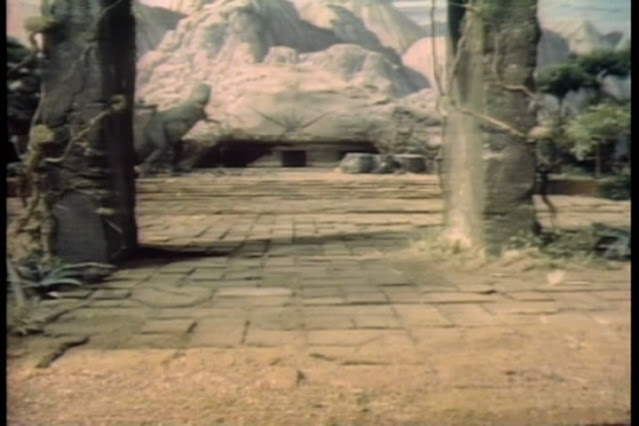