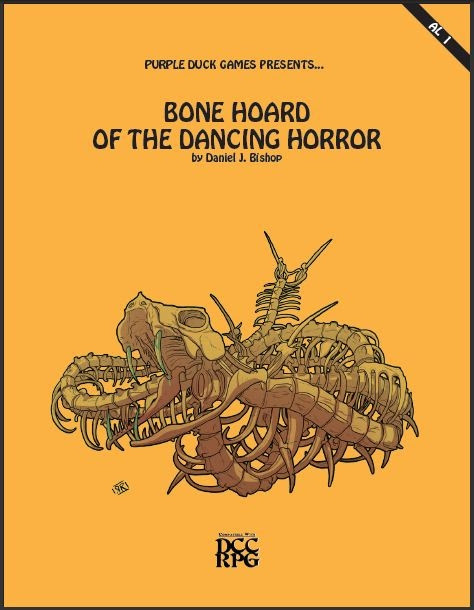 Looking back at it, I can't believe the amount of DCC material that I've written in a relatively short time.  Has it really only been two years?  Anyway, here is a short review for those who are interested, including links to help you obtain any products you may wish to.

I've included, where possible, links to reviews and links to purchase products.  I've also tried to include a little "behind the scenes" background information as to what inspired the product, or how the product came about.

A Lesson From Turtles (Brave Halfling):  An extra for the Appendix N Kickstarter packages, commissioned by John Adams.  The idea for the scenario came from playing around with James Raggi's excellent Random Esoteric Creature Generator (Goodman Games).  You can get it in the first Appendix N Adventures Bundle in game stores. By spring, they will be available from Amazon.com.

Angels, Daemons, & Beings Between (Dragon's Hoard):  This is actually the second DCC project that I became involved with after writing Bone Hoard (see below) for Purple Duck.  This is also a project that I threw myself into, because more examples of patrons is one of the things DCC can always use.  Since then, a plethora of patrons (with various levels of development) has appeared on the InterWebs and in published modules.

I am often asked which materials I did for this project.  The most brilliant piece, the Arm of Vendel Re'yune, and pretty much anything I didn't write, was written by Paul Wolfe.  Paul also wrote Tomb of Curses for the project, and heads Mystic Bull Games.

I wrote the introduction; Enzazza, Queen of the Hive; Hecate, Goddess of Witches; Hhaaashh-Lusss, Lord Duke of Reptiles; Lavarial, Angel Of The Temple; Logos, the Perfect Form; Ptah-Ungurath, Opener of the Way; Radu, King of Rabbits; Set-Utekh the Destroyer; Umwansh, Father of the Waves; and Yan Oshoth, Revered Ancestor.  I also made sure that there was text to allow others to use these patrons, free of charge and without requiring permissions, to a limited (but reasonable) extent.  If you are a publisher, please make use of this clause, as it is intended to make these patrons more valuable for those with the book.

Despite some problems with the publisher not responding to communications, and physical product not appearing (as of this date, I have received nothing personally, and I know that I am not alone), the book is still worth purchasing for its content.  Sadly, it is only available in pdf format.  You can find a mini review at Tenkar's Tavern here,

Bone Hoard of the Dancing Horror (Purple Duck Games):  This was actually the first thing I wrote for DCC (I had previously published two adventures for 3rd Edition Dungeons & Dragons with Dragon Roots Magazine), and it makes use of a lot of advice Joseph Goodman gave in the core rulebook.  You can find it as a pdf here, or you can get it in print or pdf as part of the "The Stars are Falling" compilation. You can find reviews here, at the Iron Tavern, at Tenkar's Tavern, and at Game Knight Reviews.

One interesting thing about this project (to me, anyway) is that the map was provided by the publisher, who was looking for someone to determine what was there.  In many ways, this was an inspiring method of working, and one I have re-used on several projects with Purple Duck.  For instance, all of my AL series modules were maps provided by Purple Duck, and the maps for the CE series were created by Tim Hartin of Paratime Design Cartography to meet a specific project size.  I find that it sometimes spurs creativity to have to work within the design parameters devised by other people.  In any event, the maps suggest game elements in a really cool way, although not always in the way that the map maker imagined! 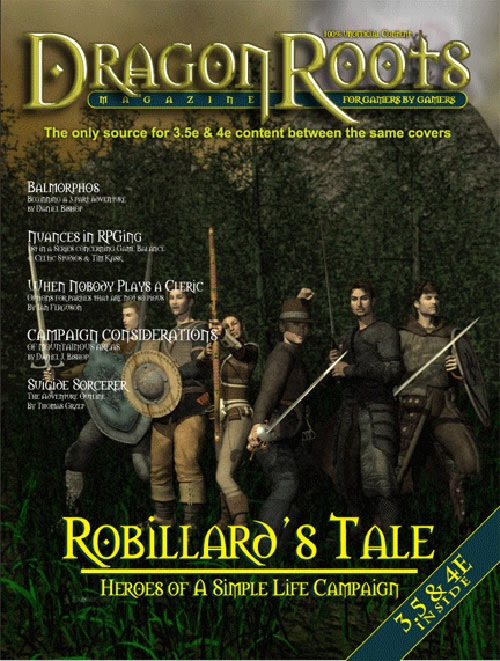 Another note about Dragon Roots Magazine.  It is really, really easy to convert 3rd Edition adventures to DCC, so you might consider picking up (at the very least) Issue 1 (Temple of the Ape) and Issue 3 (Balmorphos).  Editor Chris Rocco and I have discussed converting these to DCC, and doing the final two instalments of Balmorphos in the same way, but time, tide, life, and other projects have gotten in the way so far.  I believe that I have something in every issue published, and much of it is either directly useful, or can be easily converted for use, by a DCC judge.

But He Sure Had Guts (Straycouches Press):  Back when editor Rev. Dak was planning Issue #5 of Crawl! Fanzine (the monster issue), he had requested some short encounters in case he needed to fill space. Well, Issue #5 had plenty of stuff to pack in, and so the two encounters I wrote went into the "pending" bin. This is the first of those to see print, and it appears as an addendum in Issue #9 (The Arwich Grinder). The other short encounter, The Urchin Gambit, has yet to see print.  This issue can be ordered here.

Converting Material to Dungeon Crawl Classics (Straycouches Press):  A short article on converting materials from other systems to the DCC RPG, appearing in DCC RPG .Adventure Magazine and News (aka D.A.M.N!) Issue #1.  Editor Garett Oliver is part of my weekly DCC gaming group, and was able to call in a favour to get this article written.  You can pick up the issue here.

Gifts of the Only (Brave Halfling):  Another add-on for the Appendix N Kickstarter, that comes with the first Appendix N Adventures Bundle in game stores. By spring, they will be available from Amazon.com. The difficulty with short encounters like this is that you cannot discuss sources and inspirations without giving too much away. 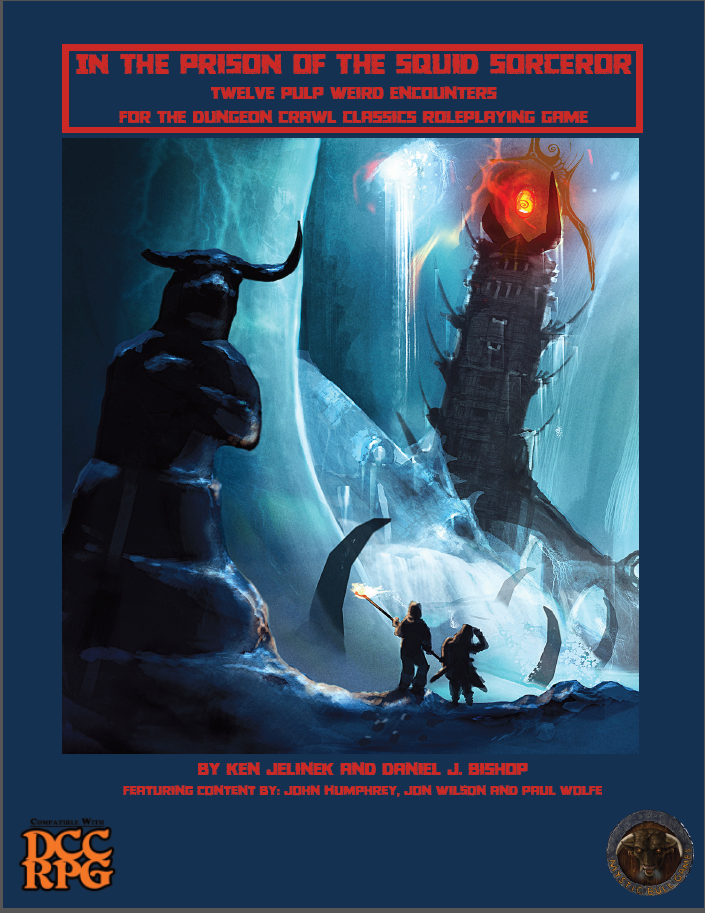 Icon of the Blood Goddess (Mystic Bull Games):  One of two pieces I wrote for In the Prison of the Squid Sorcerer, this is an event-based adventure that can be played amid and between other quests.  You can find reviews here.  The Iron Tavern, Tenkar's Tavern, and Melan offer reviews.  You can get it in pdf here or in softcover print here.

Like I mentioned earlier, Mystic Bull Games is Paul Wolfe's baby, and it is interesting to note that, although he attempted to fund this product using Indiegogo, and the attempt was unsuccessful, not only did the book come out on time, but so too did a follow-up project (Pulp Weird Encounters #1), with another product (The God-Seed Awakens) on its way.

This was, I think, the third or fourth DCC project that I was involved with, and it always surprises me that it doesn't get more recognition than it does.