Examining the possibility of doing a megadungeon for Dungeon Crawl Classics, it becomes obvious to me that each “level” should instead be viewed as an “area” that may, in fact, contain many traditional “levels” – as well as buildings, villages, or whatever is needed to make the area work.  Each “level”, in this sense, is not going to simply be a relatively flat area on a sheet of graph paper, but instead be a three-dimensional area which may take up several sheets.

Not only this, but there will be little or no “boxed text” or area descriptions in the traditional sense, as most parts the area will be in constant flux throughout the process of exploration/adventuring.  In some ways, exploration of a DCC megadungeon is similar to a hexcrawl…you will encounter peoples, make enemies, make friends, and find interesting areas to explore within the overarching structure.

For example, the megadungeon that I am planning has a first level/area randomly determined to be based largely off the work of Mr. Edgar Rice Burroughs.  This suggests many possibilities, from the jungles of Tarzan’s Africa, the dry steppes of Barsoom, and the fierce beings of cloud-shrouded Amtor.  Burroughs was also quite fond of “Lost World” tales, as with his stories of Pellucidar and Caspek. 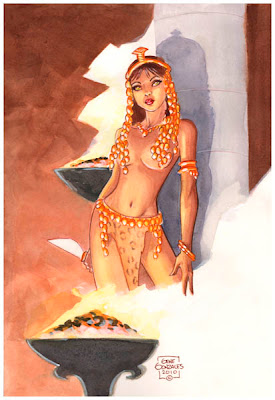 With this in mind, I can see the entrance area to the megadungeon belonging to some form of mist-shrouded tropical jungle, a Lost World of prehistoric creatures and peoples, with the remains of some fantastic civilization and alien monsters.  The temple of La in Opar is a good founding idea for one part of this region, because of its strong potential for intrigue, action, and treasure.

In addition, it is desirable to have more than one village of cavemen.  Indeed, we should strongly consider three types, with a sliding scale of development from cannibalistic brutes to relatively modern people.  These need not be fully “human” in the earthly sense – we can colour-code these people if we so desire, as Burroughs does his Barsoomians.  Let us say that the mostly-extinct ancients were golden, the closest to modern people red, the next most advanced green, and the least advanced also golden (they are the descendants of the ancients).

Some or all of these people can be advanced enough to potentially supply 0-level characters for funnel play, once the players have encountered them and learned enough about them to make such play work.  Beware giving away the secrets of an area to let the players choose people from that area!  But, likewise, once the area is explored and the people known, don’t be afraid to make best use of them by letting the players try their hand at playing a green man of the Lost World!

We will want to have some of the alien types that Burroughs uses on Barsoom, Amtor, the moon, Pellucidar, Caspek, and Jupiter.  I will select two reptilian types – serpent/lizard men as well as telepathic pterosaur-folk akin to the Mahars of Pellucidar – and a race similar to the Skeleton Men of Jupiter.  Using the Skeleton Men as a seed idea also allows us to consider the ghouls of Fritz Leiber.   Perhaps our creatures will be an amalgamation of the two?

As you can see, even without including actual “monsters” (and local animals), we already require quite a bit of work to get this “dungeon level” ready for play.  Nonetheless, it should also be quite easy to gain a minimum 2 hours play value for every hour spend devising the setting.

Let us next examine what other “levels” will connect to this area: 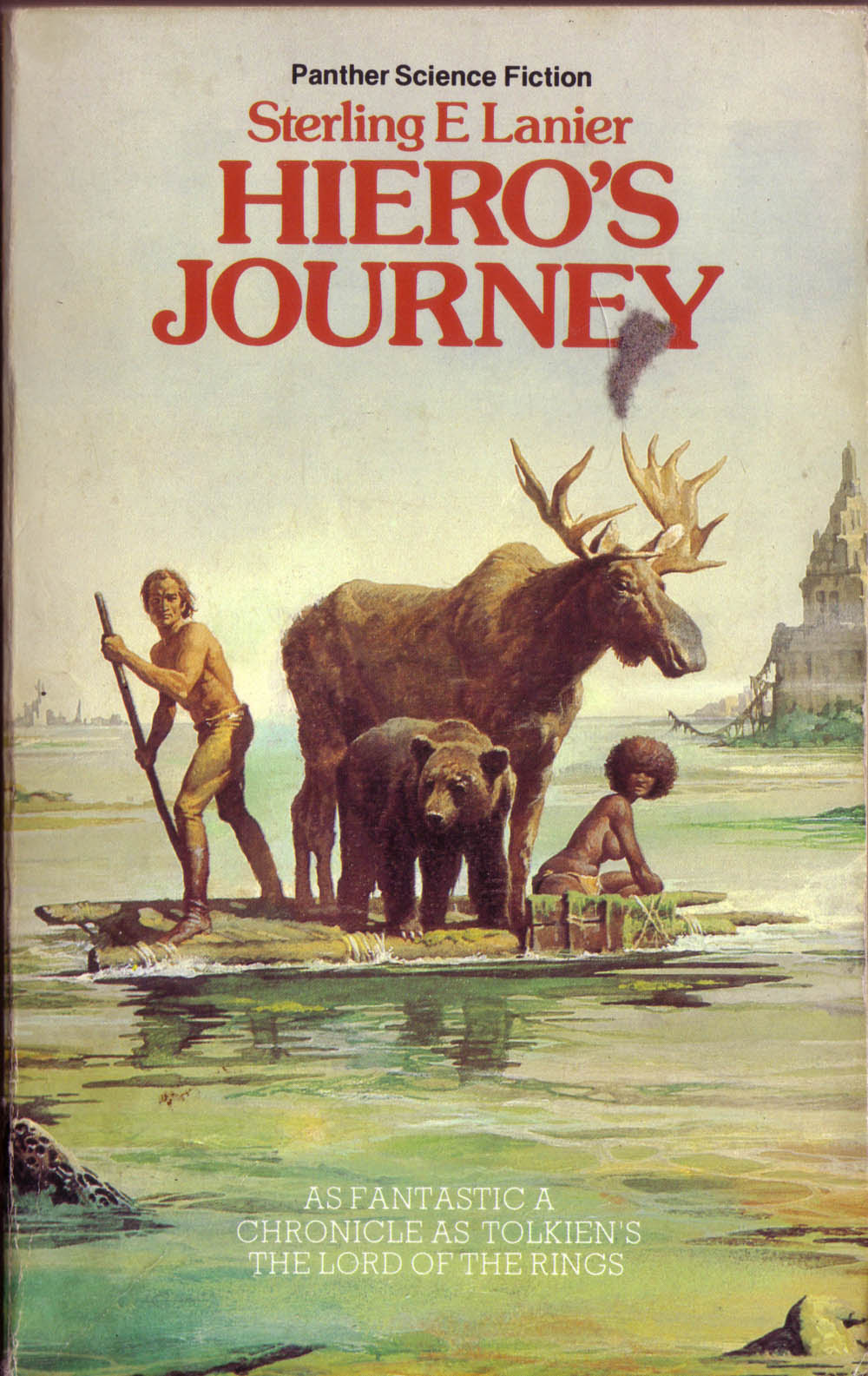 (1) Level 2, which is a combination of Robert E. Howard’s Conan and Solomon Kane stories, mixed with the Harold Shea stories of L. Sprague de Camp and Fletcher Pratt.

(2) Level 3, which is intended to be influenced by Lin Carter, August Derleth, and Lord Dunsany.

(3) Level 5, which is intended to be influenced by J.R.R. Tolkien, Sterling Lanier’s Paloud swamp from Hiero’s Journey, and Edgar Rice Burroughs once more.

Let us also assume that level 1 will link to sublevels that take their influences from Andre Norton, Manly Wade Wellman, Clark Ashton Smith, and Philip Jose Farmer.  Part of the creation process is determining what these influences are, and how they will be used.  Then, if the level/sublevel connections exist, we must also decide how those influences leave a footprint on the first level area.  These footprints are important hints that connections exist, and also allow the judge to foreshadow the themes of the new megadungeon area.
Posted by ravencrowking at 09:35