The Time of the Oath 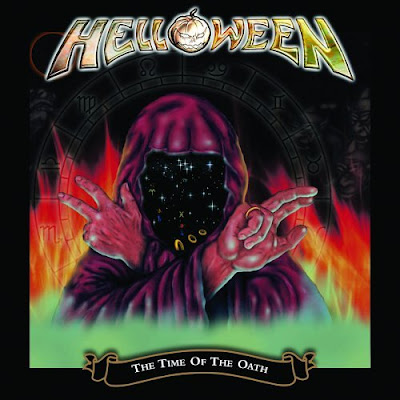 
The Ring of the Silicon Minds

Each time the Silicon Minds are invoked, the image of a gold ring appears somewhere on the caster’s features. A caster may only bear one such image per level, as each represents painful connection to the rather overwhelming thoughts of the Silicon Minds. Each image therefore also causes 1d3 temporary Personality damage, which remains so long as the image remains, and then is healed instantly. One image of a ring from a previous day’s invocation disappears each day at dawn. It is always the most stable connection (as signified by the highest temporary Personality damage) that dissolves first.

Certain sages in the Fields We Know claim that the Ring of the Silicon Minds was once found upon our own Earth, and that connection to the Silicon Minds of the Future World forged the basis for the prophecies of Nostradamus.

While wearing the ring, and thereby bonded to the Silicon Minds, any attempt at spellcasting can be influenced from the artificial gods of the distant Future World. When a caster wearing the Ring of the Silicon Minds utilizes spellburn, roll 1d4 and consult the table below, or use these suggestions to create an event specific to your campaign.

Roll        Spellburn Result
1             Electrical feedback from the Silicon Minds arcs through the caster’s body, resulting in temporary Strength, Agility, or Stamina loss.
2             The character’s mind becomes enmeshed with that of a blissful citizen of the Future World. This manifests as Strength, Agility, or Stamina loss, but the actual cause is the distraction of pleasurable events occurring in another time and place, of which the caster is keenly aware. As the spellburn heals, this awareness fades.
3             Perfect connection! The caster gains a +3 bonus to his spell check without cost, and is free to spellburn further to augment his casting (do not reroll on this table; no further free bonuses are available).
4             Temporal displacement. The caster is moved out of sync with his current timeline, making him less able to affect the world around him. Spellburn must be taken from Strength, but the caster gains a +1 bonus to AC per two full points of spellburn, which also represent his being slightly out of phase with the world around him. As the spellburn heals, the caster moves into sync with his time track. AC bonuses are reduced as spellburn recovers.

When patron taint is indicated, roll 1d6 and consult the following chart. Because some results can occur an infinite number of times, patron taint must always be rolled.

Roll        Patron Taint Result
1             You have drawn the attention of the Corruptor, who sends creatures to destroy or corrupt you. Roll 1d7 to determine what is sent: (1-4) 1d3+CL shadow-goblins, (5-6) 1d3-1 creepingnightmares, or (7) 1d6 dogs of war per caster level. There is no limit to how often this patron taint can be rolled.
2             You have drawn the malice of the Corruptor, who reduces your Luck by 1d14 points (to a minimum of 3). This loss is recovered at a rate of 1 point per day, as the Corruptor’s attention is drawn elsewhere. There is no limit to how often this patron taint can be rolled.
3             Another world calls. You and your companions are pulled immediately into another world, as determined by the judge. There are many DCC products the judge may use to flesh out this world, and any DCC or MCC adventure can be modified to occur on another plane. Materials that might be of use include (but are not limited to!) The 998th Conclave of Wizards; Againstthe Atomic Overlord; Beyond the BlackGate; Black Powder, Black Magic; Black Sun Deathcrawl; Crawling Under A Broken Moon (Umerica); Crawljammer; Crawl-thulhu; Cyber SprawlClassics; Dark Trails; various modules in the DCC Xcrawl series; Demonland; The Dread God Al-Khazadar; Drongo: Ruins of the Witch Kingdoms; Fate's Fell Hand; The Hobonomicon; Hubris: AWorld of Visceral Adventure; Journeyto the Center of Aereth; Nowhere CityNights; Null Singularity; Peril on the Purple Planet (and related); Phantasmagoria; Primal Tales; Rock GodDeath-Fugue; RPGPundit Presents Last Sun materials; Secret Antiquities; Secrets of the World-Harvesters; Star Crawl; Tales From the Fallen Empire; Through Ningauble's Cave (and various DCC Lankhmar materials); Through the Dragonwall; The Tower of Faces; Transylvanian Adventures; Trench CrawlClassics, Pandemonium, and the Sunless Sea in The Gong Farmer’s Almanac (among others); and Trumphammer 2K. Various Sanctum Secorum Episode Companions also offer a plethora of materials. This transfer may be temporary or permanent, as the judge desires, and may be rolled any number of times.
4             Artificial thoughts. Your contact with the Silicon Minds has made you more intelligent and rational, at the cost of some individuality. Each time this is rolled (to a maximum of 3 times), gain +1 to Intelligence (maximum 20) and lower Personality by 1 (minimum 3).
5             Replacement parts. If you have lost a body part, you gain a cybernetically controlled prosthesis, which is permanently grafted to your body. If you have multiple lost body parts, determine which is replaced randomly. Treat this as a natural body part in all respects, except as follows. Damage to that part specifically must be repaired rather than healed. This normally requires at least 10 minutes per check, with a DC 10 Intelligence check repairing up to 1d4 hit points or 1 point of temporary ability damage. Each point healed (either way) requires 10 gp worth of materials. If the body part to be healed precludes your working on it (for instance, a hand or an arm), you may have to get another to perform the check or attempt it with a reduced die. The judge makes the final determination. Finally, the replaced part is immune to damage from disease or poison, and may take reduced damage from heat or cold at the judge’s discretion. You can roll this taint any number of times, but it only has an effect if you are missing one or more body parts.
6             Future mind. Images of the future have taken hold in your mind, reducing your effectiveness in combat. Each time this is rolled, you must make attack rolls at -1d step on the dice chain. This is a permanent reduction, and also affects any spell check you might make for a spell which is used only to directly causes harm (such as magic missile or flaming hands). The judge is the ultimate arbiter as to which spells are affected. This taint can be rolled a maximum of 3 times; ignore additional instances.

Removing the Ring of the Silicon Minds breaks the bond, but does not undo current spellburn effects or patron taint!