The Joy of Monsters 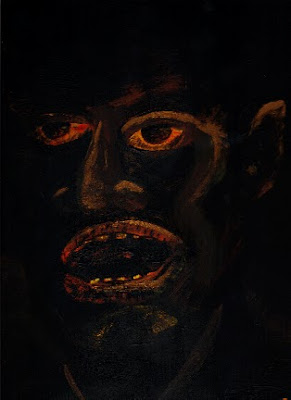 Imagine for a moment that you picked up a shining new Dungeon Crawl Classics rulebook, and you were ready to start writing your own adventures. The Cyclopedia of Creatures might seem a little thin to those GMs used to leafing through a manual of monsters and picking out their favourites. Even given the admonishment to make monsters unique, DCC might seem a little thin on the ground in this respect. But this is an illusion.

I just finished updating the “Locating Monsters in the Blog”post to include the statblocks from Skull Mountain, and you know what? As of today, there are over 140 entries on this blog alone. When I look at the “Finding Monsters in My Adventures” post, there are more than 350 entries. Even acknowledging that there is overlap between what has appeared on my blog and in my adventures, it is probably safe to say that I have contributed over 400 creatures or beings to the game.

And that is just me alone.

How many strange creatures has Harley Stroh introduced? Michael Curtis? Jobe Bittman? A listing that catalogued all of the creatures appearing in all of the adventures, the blogs, the zines, the Spellburn Dungeon Denizens and the Sanctum Secorum companions….Is there any game that has as many creatures as DCC does? There are so many creative minds involved with this game that I cannot keep up. Even attempting to list them all is now beyond my meagre talents!

The answer is, obviously, any game where conversion is easy has all of the creatures DCC does, and shares all of its creatures with DCC. If you use the charts in the core rulebook, James Raggi’s Random Esoteric Creature Generator, and The Monster Alphabet, you have an infinite number of creatures at your fingertips. And as much as I would like to own the book(s) that gathers all of that goodness together, if I have learned nothing else from my sojourn with Dungeon Crawl Classics, I have learned this: selecting monsters from a preset list is a trap. All of the best stuff I have done has been influenced by images, fiction, random generators, and simply letting my mind wander until I had some solid idea of what should be in a particular adventure.

That said, play with those ideas that are out there. All the Purple Duck stuff I’ve done is OGC (or nearly all; there might be something I’ve missed). Play with it. Make it your own, and then publish the results. Make mention of the Black Goat or Kala Môr! Really. Not only will I buy a copy, but if you let me know, I will help to spread the word. There is a reason those blog posts, designed to make finding those stat blocks easier, exist. Like the early Cthulhu mythos, our work is stronger when echoes of one author’s oeuvre appear in another author’s work, even in a minor way.
Posted by ravencrowking at 23:37