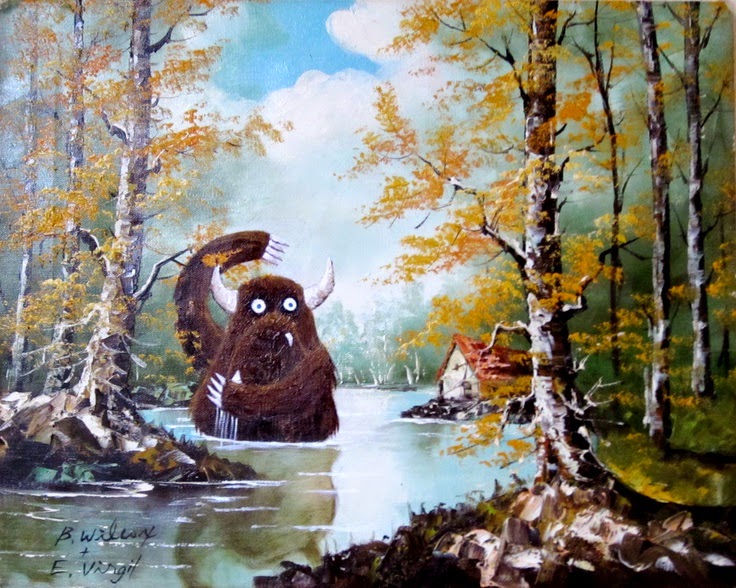 Imagine, if you would, an encounter occurring which has no relevance to the scenario in which it occurs. It adds no verisimilitude, adds no flavour to the game milieu, and has no impact or potential for impact on future events. Moreover, the encounter is neither fun nor challenging in and of itself. It is a complete waste of time.

Game systems can encourage elements of this kind of encounter. For instance, in games where resources are intended to “reset” after each encounter, it is easy enough to remove the potential for impact on future events.

A hypothetical game system that takes two hours to resolve a chance glimpse of a deer in the woods would make what is otherwise five seconds of description a chore that removes all fun. If a system “balanced” encounters so that the PCs were expected to win, and turned encounters into formula combats that took hours to resolve, a chance encounter with an ogre (for example) could easily be removed of its potential fun and challenge.

An adventure writer can also encourage elements of this type of encounter. “No matter what the PCs do, X will occur….” and “If the PCs kill X, assume that an identical X takes its place….” certainly reduce the potential for impact, if the GM actually follows those suggestions.

Yet, few and far between are those encounters which are completely meaningless, unless the system or the GM makes a clear distinction between “relevant” and “irrelevant” encounters. If this is the case, yes, you can make any encounter irrelevant. Doing so does not improve game play IMHO and IME. Forcing the players to determine the relevance of encounters to their own goals – or allowing them to create that relevance themselves! – is, to me, an important aspect of game play.

Crappy encounters do exist. If we take the elements of verisimilitude, flavour, potential for impact, challenge, and intrinsic fun, we can see that the more of these elements an encounter has, the better an encounter it will be. Consequently, the fewer it has, the crappier it will be.

IMHO and IME, adhering to an encounter template or a “plot” to which all encounters must conform is the most common way to create crappy encounters. YMMY, and if it does, party on! Never throw away something that works for you because some jackhole on the internet has a different idea, or different experiences. “Even if that jackhole is you?” Friend, especially if that jackhole is me. What works for me might not work for you. And vice versa.

Here’s the second biggest source of crappy encounters (IMHO & IME): Lack of planning. In order to have meaning, an encounter must both have impact on the setting and be able to allow the players to have impact. That means that there has to be some structure to hang the encounter on, and that there has to be enough leeway in that structure that the PCs can change it through their actions.

So long as those conditions exist, no encounter is truly meaningless. And your chance of having a crappy encounter go down considerably.