Santa Claus makes a brief cameo in Philp José Farmer’s Dark is the Sun, a novel which takes place at the end of the universe’s lifespan.  The earth is very old, and changed, having been shifted and saved many times by now-forgotten technologies.  Travelling across the world, the party discovers an ancient House:


Deyv had a creepy feeling that the man was looking into eternity.  Perhaps into infinity.

He wore a cap of scarlet edged with white fur.  Its long tasselled top lay behind his head against the back of the chair.  Under it was a broad round face, red-nosed, red-cheeked, red-lipped.  The thick eyebrows were white, as was the long hair flowing from under the cap.

A long and thick white beard fell over a large round paunch to the belt-line.  His jacket was scarlet, edged with white fur.  His belt was wide and black.  His pants were scarlet.  His calf-length boots were scarlet with white fur around the tops.  On the third finger of his left hand was a simple gold ring.

“It certainly looks lifelike,” Sloosh said.  “It must be made of the same material as The House, though.”

“I am not sure that it’s just a statue,” The Shemibob said.

Deyv felt like leaving at once.  If he’d been alone, he might have.  However, if that had been the case, he wouldn’t have thought that it might be other than a figure made by the ancients.

“Why do you say that?” Sloosh asked.

“There’s no dust on it.  Also…” She swung the device so that they could see the floor in front of the block.  There were footprints in the dust.  They led away from the and to the block. 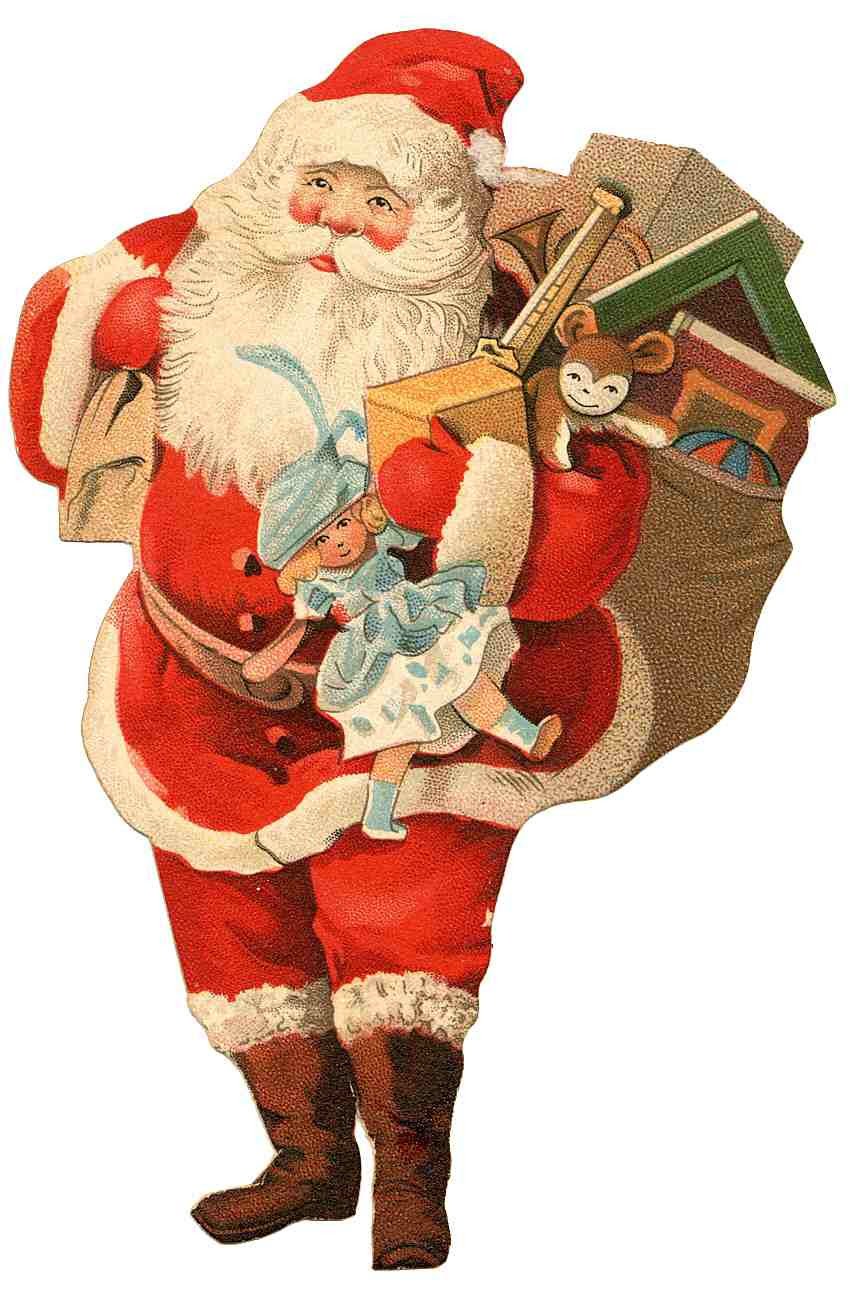 There is a bit more, of course, but it is a seasonal bit from an Appendix N author that, if you haven’t yet discovered, you may find in Chapter 40 (page 347 on my second printing edition).

Compare the description with Clement Clark Moore's classic, 'Twas the Night Before Christmas:

His cheeks were like roses, his nose like a cherry.
His droll little mouth was drawn up like a bow,
and the beard on his chin was as white as the snow.


The stump of a pipe he held tight in his teeth,
and the smoke it encircled his head like a wreath.
He had a broad face and a little round belly
that shook when he laughed like a bowlfull of jelly.

Coincidence?  I think not.

Happy Holidays!
Posted by ravencrowking at 22:02