The Good, the Bad, and the Unexpected 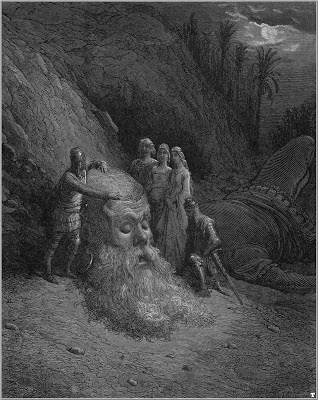 A Tale of the Road Crew

So, as of today I have been prepared for three outings to play in local game stores in the Toronto Area.

Last weekend, I ran Harley Stroh’s excellent Sailors on the Starless Sea at Wizard’s Cache.  The venue was loud, as there were three Pathfinder Society games going on in the same space, and the tables were not overlarge.  But six of us crowded around the table, I leaned in to be heard, and we had a blast.  One of the players I had met on Free RPG Day last year, and another I had met online on Dragonsfoot.  It’s always nice to greet people we know, and to be able to put a face to an online persona.

Today, I was at Duelling Grounds at 11 am sharp, to run The Arwich Grinder, a Lovecraft-inspired 0-level funnel that I had written for Crawl! Fanzine.  I waited an hour, but as no one showed up, I called the event and headed home.

At 4:30 pm, I was at 200 King Street East for The Imperishable Sorceress, at an event hosted by Hairy Tarantula, which was supposed to begin at 5 pm.  Because HT had a large turnout for Magic, they moved the rpg events to the basement cafeteria.  If anyone went to the 6th floor looking for the game, I apologize.  As the elevator to 6 was not in service due to construction, you might have felt a little like Arthur Dent looking for the zoning commission plans.  I know I did.

In any event, D&D Next took up the space until 5:30, so there was no event, and if anyone had come looking for it, they went away disappointed.  Again, I apologize if this was the case.  I must admit that, at this moment, my momentum tracker was showing that I was losing the spell duel.

I did use the extra time constructively, and drafted a new wizard spell for a project I am working on.

Yet, as there were still some gamers hanging around talking, and as I’d schlepped my materials all that way…I decided to take the opportunity to proselytize DCC.  I mean, why not?  And, as it turned out, we ended up playing a bit of The Arwich Grinder before George Brown College Security kicked us out of the building (apparently, HT didn’t bother to notify security that there was an event scheduled there after D&D Next.

So, what did I learn?

(1) Never schedule a game on Free RPG Game Day at a store that is not participating in Free RPG Day.

(2) Try to partner with stores that will at least take some action to talk to customers about your event.  If you notice that they didn’t bother to put it up on their calendar board (Duelling Grounds) or discover that they didn’t even notify security that you would be there (Hairy Tarantula), consider a more proactive venue.  Wizard’s Cache was much better in this regard.

(3) Pay attention to what you schedule against.  I received emails from some of the Wizard’s Cache participants about scheduling conflicts, although they were interested in the other events.

(4) Never give up.  Unless you are completely alone in the store, strike up a conversation and try to strike up a game.  You never know where that might lead you.

Through no fault of anyone (except, I suspect, Canada Customs) no swag was available at any of the three events that I set up.  Well, except for some dice that went AWOL at Wizard’s Cache.  However, swag has been mailed, and additional swag has been ordered, so it is to be hoped that the next event will be both more successful and more swag-laden.

So, here is my question for you, Toronto area gamers:  Where would you be most likely to attend an event, and when?  I am thinking that the next events should be Well of the Worm (lvl 1) Tower Out of Time (lvl 2), and Bone Hoard of the Dancing Horror (lvl 2), because, presumably, the same characters can be reused, so that the loot you get from one goes on to the others.

Thoughts?  Interest?  Other suggestions?
Posted by ravencrowking at 22:10