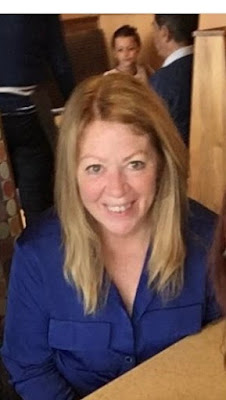 I’ve put off writing this post, but it has to be done, so here it is.

On 26 July 2022, Nicola Bishop, my ex-wife, passed away due to cancer. We shared my two eldest children, Michael and Blaze. Nick was my ex-wife, so, yes, there was some strife between us, but that is largely confined to a period over a decade and a half ago. She tried hard, and I was probably not always as appreciative of that as a should have been.

She was a good mother. Mike and Blaze didn’t always agree with her, but she made major sacrifices to keep them safe, and to make them as happy as she could.

She was a force of nature. She didn’t often back down in an argument, right or wrong, but she was able to come back later and look at things more calmly if she thought she should. She could fill a room, and take center stage in a way that I never could. She was funny. She was a gifted story-teller. She was possibly the best parallel parker that the universe has ever known. I really thought that she would outlive me. It is hard to imagine the world without her in it.

Even knowing she had cancer, I thought she would beat it.

Nick had a story about when her father died. She had gone to the cemetery and couldn’t find where he was buried. It was distressing. Then a shaft of light broke through the clouds, illuminating his grave, and she felt like he had done that for her.

She told it way better than I do. Like I said, she had a gift for storytelling.

If there is anything beyond this life, I imagine her looking down from above, watching out for her children in the same way she felt her dad watched out for her. And I hope her dad is with her. I hope all the fear, all the social anxiety, all the bluster that got in her way when we were together is gone. She had come a long way towards getting rid of it before death. I hope there is just joy.