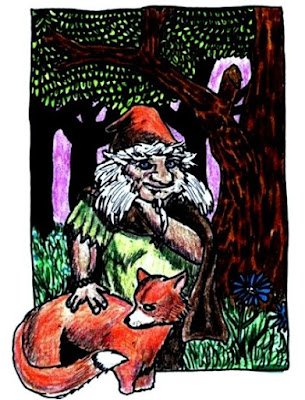 Okay, the first thing to notice about Animal Summoning and Monster Summoning is that the PC must have a bit of the creature to be summoned. What does that mean in practical terms? If the judge doesn't have stats, the creature cannot be summoned.

Having stats means that the judge knows what the HD type is. The player may not know how many HD a creature encountered is, and thus might either waste a casting or receive a weaker version of a creature, as the judge decides. I would, personally, go with a weaker version. Weaker versions might use a smaller Hit Die, have fewer attacks, have a smaller attack bonus, use a smaller die for damage, etc. They may, or may not, have the special abilities of the base creature.

(Example: Having shaved off the toenail of an elephant, our caster gains a 1 HD version of the same. This might be an elephant calf without tusks or the ability to trample that an adult has - or, if the judge is kind, it might be a "glass canon" adult with 5 hp!)

(Note that this can go the other way - a 5 HD chicken might be large enough to ride, with a devastating peck attack!)

As a player, be prepared to roll with what the judge tells you was summoned. Magic is unknowable, and there may be factors at play that you are not aware of. This is explicit in the judge's advice in the core rules - the judge is encouraged to have locations that skew the results of some or all spells.

As a judge, be prepared to expand on what the caster rolls. DCC monster stats are not difficult to modify - here is a post on understanding the stat block - and getting a giant chicken, a dog storm, or dozens of tiny hippos are all results that can be memorable in play. The goal is not to "gimp" the spell result, but to make the spell result fun for all involved, even when it fails. Maybe we see a spectral rhino that never quite manifests, or what looks like an inside-out lion appears like a transporter accident in Star Trek. You don't have to do that all the time, but once in a while is fun.