No Safety in Dancing 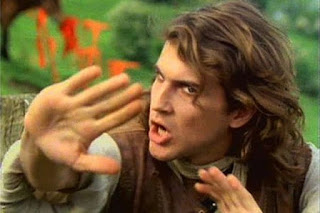 Every man wears a hat in the village of West Kingston, and those approaching the village without hat or helm are liable to be set upon...and perhaps even killed...for West Kingston is haunted by the Doroschuk. Although these creatures look much like mortal men, their heads are so sensitive that they cannot bear to wear anything upon them.

The Doroschuk are alien creatures from another world, who seek to abduct those which exhibit even the least bit of frivolity. If they can induce their victims to dance (Will DC 10 avoids, but the natural inclinations of their victim determines the die rolled from 1d14 to 1d24), they are drawn into the world of the Doroschuk after 1d5 rounds of dancing, leaving the real world and their friends far behind.

A wizard or elf trying to learn planar step may have to intentionally join this dance in order to watch and learn the patterns made by their hands, which may be part of casting that spell.