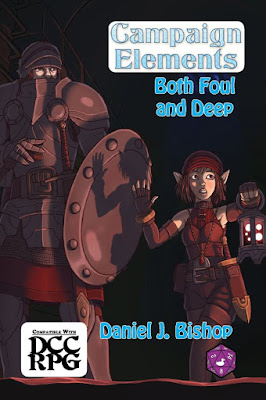 If you failed to get CE 9: Both Foul and Deep through the Go Fund Me campaign, you can get it in both print and pdf at RPG Now.

Here is an Endzeitgeist review.

Campaign Elements 9 - Both Foul and Deep is a campaign element to designed for 4-6 level 1-2 PCs, with the tools to help you create a rich campaign environment for PCs of any level.
Posted by ravencrowking at 09:48