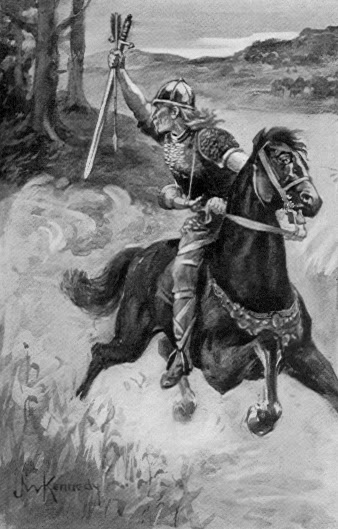 It is strongly my position that my job as GM is to supply players with context, from which the players make choices, and then I adjudicate the consequences of those choices.  This adjudication, which includes both success and failure, as well as every grey shade between, creates a new context from which additional choices are made.

The players' choices do not come from a menu.  Every ruleset embodies certain default choices within a framework of rules, but that does not mean that players cannot have their characters attempt anything, even if that "anything" requires an adjudication from outside the rules or modifies the rules themselves. The players are not guaranteed to succeed, and I will keep the rules in mind, but if the players come up with a reasonable means to fuel a spell with a major sacrifice, in keeping with the game context, why wouldn't I allow it?  The "reality" of the game milieu trumps the "reality" of the ruleset.

What does this have to do with hooks?  Well, adventure hooks are sample win conditions that the players can latch onto in order to set goals for themselves, allowing them a sense of completion once some goal has been met.  The adventure hooks given for any scenario are not the only possible win conditions for that scenario.  If playing G1, for instance, the players might simply wish to rob the giants.  They may wish to subvert them, turning them from one evil master to their own uses.  They may merely need to get to the Hidden Chapel of Elder Weirdness in order to complete a magic item they wish to create.

Creating and offering hooks is a part of the creation of context for the game milieu.  Selecting from hooks, rejecting hooks, and reforging the information from hooks to meet some new goal are all part of the process of choice, and that lies entirely in the players' court.  When creating portions of the game milieu, the wise GM considers how those creations can be used, and what win conditions the players might accept to bring a session or group of sessions to a satisfying close, but the GM should not impose win conditions.

Yes, the GM is justified in believing that most players will accept win conditions, such as "survive", when placed into a situation where survival is threatened.  However, beyond such very broad goals - and sometimes, even then - players are surprising.  Exactly how long will you strive to reach the Grail in the collapsing temple, Indy?  Even though you will probably die if you wait too long?  What do you value more?

Recently, in the Comments section of this blog, a situation was discussed in which a GM had set up a campaign, wherein he imagined that his players would be attempting to stop the undead causing a plague. Two players had other ideas; they devised their own goals, and their own win conditions. If I was running the game, I would not have ended it for this reason.  I supply context, the players make choices, and then I adjudicate consequences.  Rinse, repeat.

Also in the Comments section, a situation came up where the players and GM discussed the goals of the characters prior to the campaign beginning, and the GM in question was unable to see how this limited the choices of the players.  The players and GM discussed and came up with an initial context, the players made choices as to how they wanted to approach it, and then....well, those initial choices delimited what choices could be made as the game went forward because they sharply differentiated between the context of the players and their characters. A condition of the campaign world was determined to be natural ahead of time by all involved, even though the condition of the campaign milieu was that many people believed it to be supernatural in origin. Characters wouldn't experience certain facets of the implied milieu because, having accepted the de facto hook, they no longer had the full range of options that would naturally exist in that milieu had they not.

In a bit of coincidence, both of these situations involved a plague, and both involved undead. In the first, two players decided to treat the plague as though it were a naturally occurring event (although the GM wanted them to go hunt vampires), and in the second, the players knew it was a natural event which they could profit from.  There was no point in investigating potential supernatural causes or cures, and no real decision making involved in determining whether or not sorcerous types were responsible (and hence no question about the ethics or advisability of using magic, burning purported witches at the stake, and so on).

In both cases, a predetermination of what the players were supposed to do took away what, to my mind, are vital elements of player choice.

Supply players with context, from which the players can make choices, and then adjudicate the consequences of those choices.  It is beautiful in its simplicity.