A Tale of Two Zines

We all know and love Crawl! – or, at least, I do – but there are two new zines for DCC in town.  Allow me to introduce you to Crawljammer and Metal Gods of Ur-Hadad. 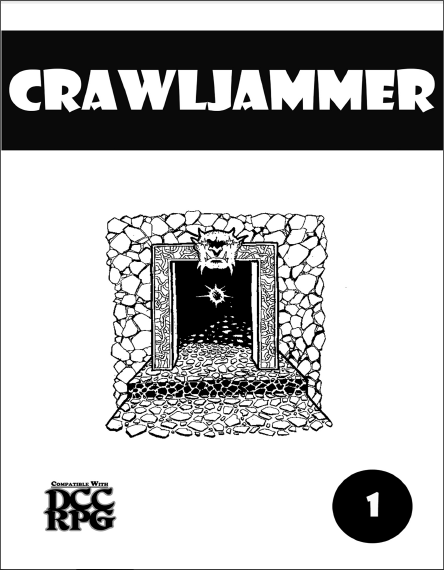 Crawljammer is basically Dungeon Crawl Classics in fantasy space – think more Edgar Rice Burroughs and C.L. Moore, and less Poul Anderson and you have the idea.  The zine is the brainchild of Tim Callahan, and his son!, who wrote most of the first issue’s content.  The first issue is pretty much a primer on the setting, information (including a playable class) on lizardmen in space, and a 1st level adventure set on Venus.

I have not yet played the adventure, Cry Freedom and Let Slip the Bat-Men of Venus, but the Burroughs vibe definitely comes through when reading it, and I suspect that it will play well. 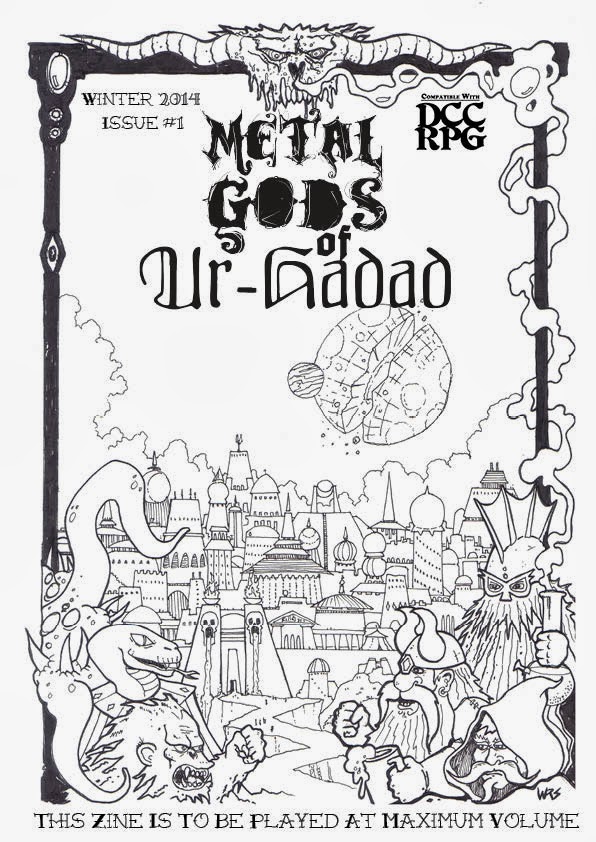 Metal Gods of Ur-Hadad, by contrast, takes place in a sprawling metropolis where the “Metal Gods” refer both to human mastery of iron and steel…and of Metal music.  “These heroes became the first Metal Gods, as did all true masters of Metal who came after them, destined make war and debauch throughout the Celestial Realms until needed by Man once again.”  Metal Gods is largely the product of three people:  Wayne Snyder, Edgar Johnson, and Adam Muszkiewicz.

Like Crawljammer, the first issue sets the scene and then offers an adventure.  It also then offers what it refers to as a “Dungeon Insert” – a short encounter/adventure by another name.  The main adventure is Street Kids of Ur-Hadad, which is described as “A Zero Level Funnel Adventure Toolkit”, and that is a fair description.  You could play it many times, and it would be different each time.  This one’s by Edgar Johnson.

The “Dungeon Insert” is called Cave of the Maggot Witch, and is by Wayne Snyder.  It’s interesting, but suffers a bit from being hand-written.  My print copy has not yet arrived; I am reading the PDF copy, so it may appear easier to read with hardcopy.  As with Crawljammer, I have read the adventures, but not yet played them through, but they seem fun.

In a side-by-side comparison, Metal Gods of Ur-Hadad has more material packed into it.  Crawljammer offers a wider setting, and has rules for ship engagements in space.  Metal Gods focuses on a very specific urban setting; Crawljammer paints its fantasy solar system in broad strokes – the setting is as wide and diverse as you choose to make it.  Both are obviously labours of love, and worth the price of admission.  If you were choosing between them, go with what interests you more:  an urban setting or planetary/space romance.  And then, when you have a bit more coin, also pick up the zine you skipped.  You’ll thank me.

Postscript the First:  I love zines, and I want to support these two additions to the DCC family by contributing some writing to them.  I am thinking a zero-level funnel for Crawljammer, but I haven’t the foggiest what to submit to Metal Gods.  If you have some ideas, I’d love to hear them. 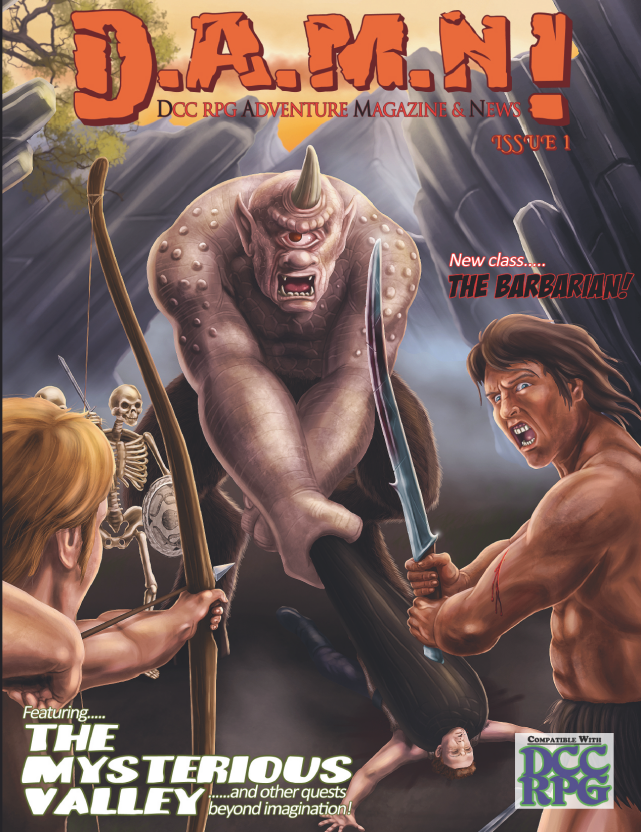 So what to do about that?

Guess what's going to happen with Metal Gods?  That's right, I'm going to do the same with reviews of D.A.M.N.! #1.  Someone who posted a review of D.A.M.N. #1 and linked it to this blog post's responses will get that issue of Metal Gods on my dime.

Not sure how long you have for that; I haven't started working on either, and there are a number of other things on my plate.  But I am nothing if not prolific.....