Help With Identifying Something

I was in Ottawa on 20 August 2012, walking along the Rideau Canal near Riverdale Avenue.  The time on the camera says "8:30 am", but it was probably 8:30 pm, our having arrived late due to the transmission on my Ford Windstar saying goodbye to us in Smith's Falls.

Being of that mindset, I decided that a picture of the treetops along the park would make a great desktop for my laptop.  But, when I actually checked the picture, I got this: 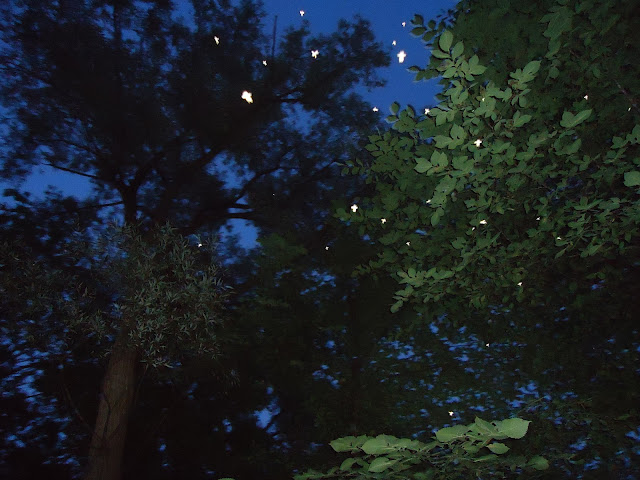 That is the original, unchanged picture, exactly as it came off the digital camera.  There was nothing visible at the time.  When I first saw the photo, I joked about fairies, because the area we were walking in is near the site of the Grugach's house in Charles de Lint's Jack the Giant Killer.

Then I zoomed in. 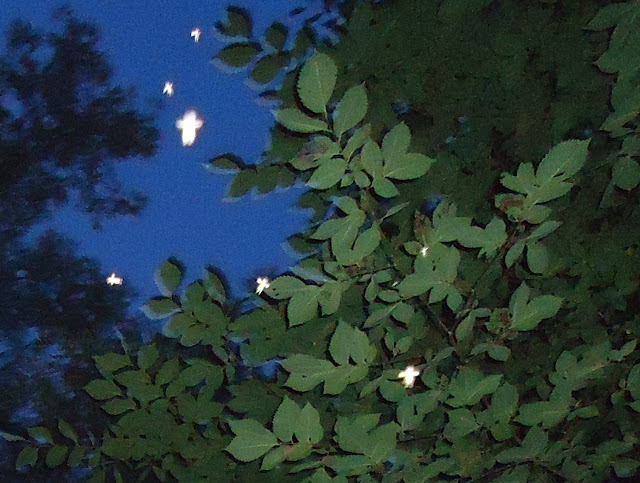 Now, what I imagine is that there was some kind of insect flying around the treetops at the time I took the picture.  I am guessing that the glowing light is caused by their reflecting the flash back at the camera.

What I cannot figure out is what kind of insect would make an image like the one in this picture.  But, then, I am no expert.  So, here I have cropped the image a few times to allow for a little higher resolution. 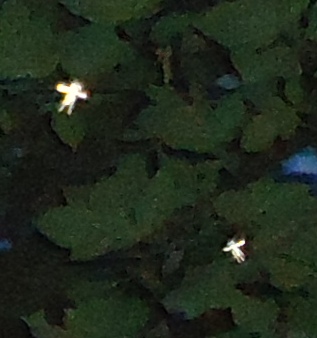 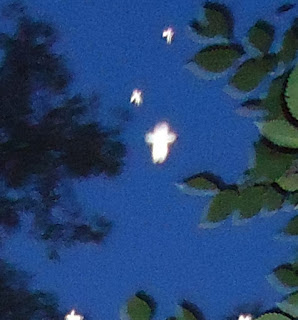 They are clearly not some form of flower or catkin, because they are in the sky around the trees as well as within them.

So, if you know your area bugs well enough to venture a guess, I'd love to hear from you.

No matter how mundane the actual explanation turns out to be, the result is an utterly cool picture!