Patrons & Projects VI: This About Covers It 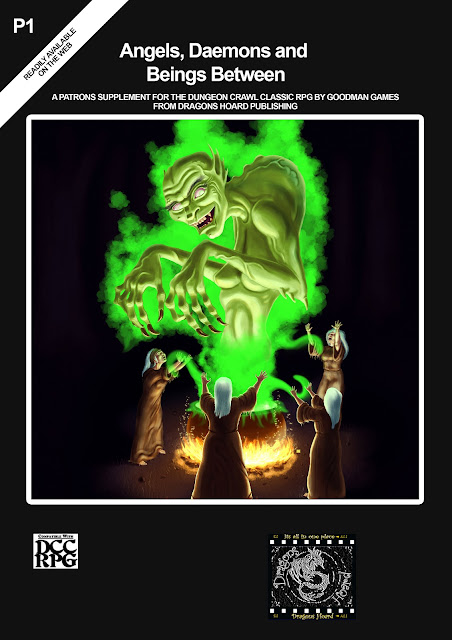 Here we get to see the potential cover art to Angels, Daemons and Beings Between, featuring Hecate, Goddess of Witches.  For those who missed it earlier, more about Hecate can be found here.

We have David Fisher to thank for this stunning image.  More of his work can be found here, and I urge you to check it out!

David's excellent work will be gracing the interior as well.  Ace illustrator Scott Ackerman is also on the team....You may have seen his Judge's Screen illustration over at Tenkar's Tavern.  If not, you can see it at the bottom of this blog post! 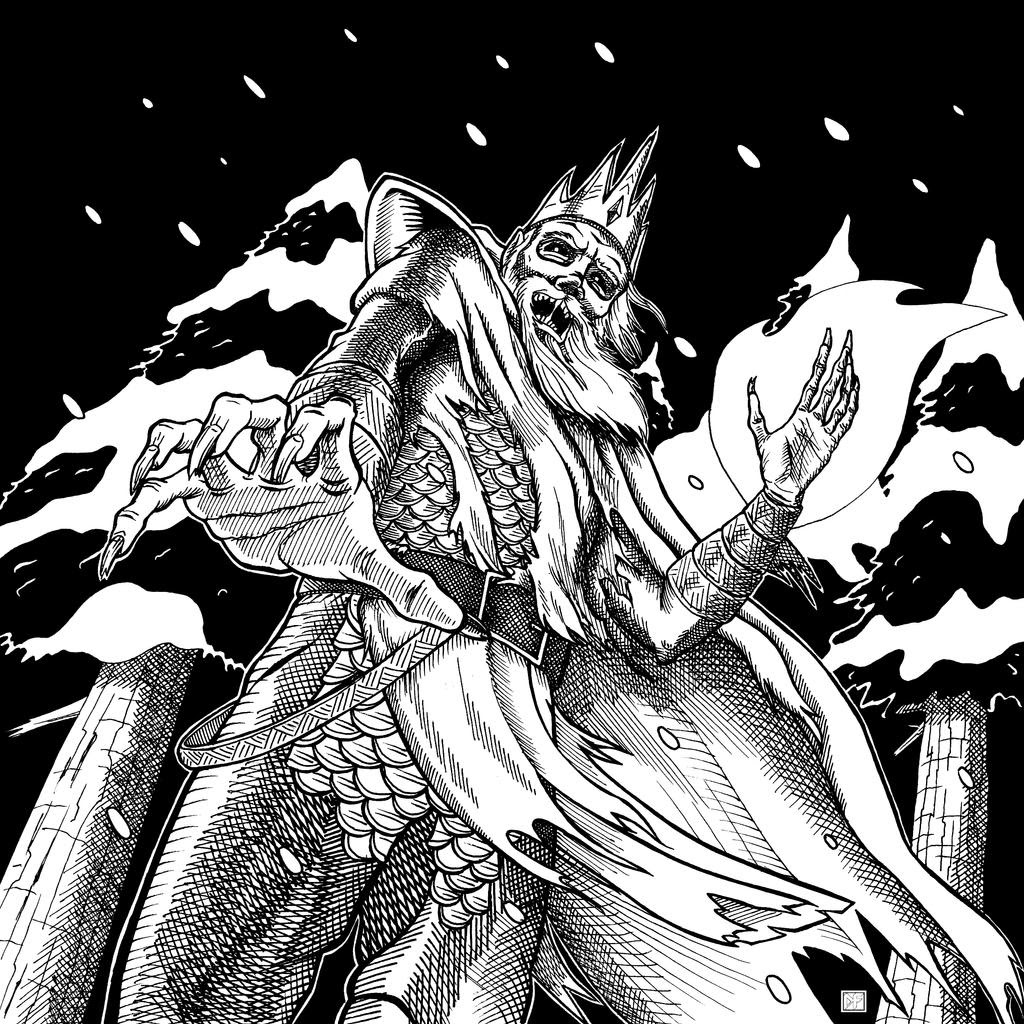 Project Leader Sean Conners has consolidated some of the stretch goals, as noted in the Indiegogo site.

On top of this, I'm hard at work on several other projects for the DCC role-playing game, including no less than four modules (one of which, The Revelation of Mulmo, is a perk for supporting the patron book at the $20+ level!).

Fans of Poul Anderson (especially The Broken Sword and Three Hearts and Three Lions) should be happy with this one, which explores an abandoned elf howe in search of a pool said to grant life to the dead.  But when one follows the whispered words of Mulmo, how certain can one be of the outcome?

I can now reveal that Stars in Darkness takes place in caverns beneath a tropical paradise, and that success or failure will alter not only the fates of the PCs, but potentially of what characters may replace them if they fall.  The previous Purple Duck Adventures module, Through the Cotillion of Hours, is still in playtest, then needs to go through the approval process before it becomes available to the general public.

Crawl! Fanzine #3 arrived on my doorstep yesterday, with the final of my version of Magic Wand within it.  This issue of Crawl! actually outdid itself with useful content, IMHO.  It is difficult to say which was the best article; they were all so good that my own contribution pales beside the remainder of the issue!  I say this neither as false modesty (who would accuse me of such?) or hyperbole -- this issue rocks more than Grome at home.  DCC game judges will find this a most excellent resource.

I have recently completed some interior illustrations for Transylvanian Adventures, and I am very, very eager for this resource to come out.  There is a lot in the book that can be used in "regular" DCC campaigns.    Gothic horror mixed with the ass-kicking attitude of the main DCC game, with a liberal splash of Hammer Horror and a pinch of the lesser known genre lights that shine so brightly?  Dead lord, what's not to like?!?!

I have in my collection, in pdf or print, everything currently available for this game.  I will do what I can to start posting reviews of this material soon.

The DCC role-playing game is an exciting medium to be working with, and I am thankful to be able to do as much as I have been allowed to do so far!  There is more stuff coming, and I hope you will find it as exciting as I do!  I truly love this game, and the sense of community among its players. 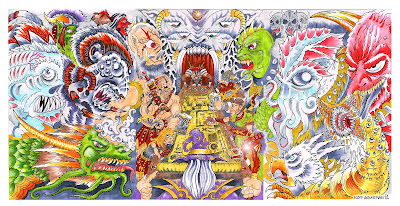