An Ode to Crappy Maps

When I was young, and first getting into this hobby, maps were printed inside modules using blue ink.  For the most part, at least.  The building interior maps in Keep on the Borderlands and Village of Hommlet were the sort of maps I could aspire to draw by hand, and even the main maps were ones that I could draw something along the lines of.  Well, except the Caves of Chaos, which I never was able to satisfactorily copy…er, emulate.

In some ways, the advent of rpg cartographic software has lifted us up from the mire of crappy maps,  but…was that really so much of a mire?

Take a look at the moathouse in Hommlet.  That was a map that inspired, and inspired many (myself included) to feel that even my junior efforts were not only good enough, but were worthy of presenting as a place that adventures might be had.  Even if all I had to create those maps was drugstore quality graph paper and a ballpoint pen.

The way in which rpgs stimulate us to create our own adventures, settings, gods, spells, classes, races, monsters, maps, etc. – the way rpgs empower their users – is fairly unique.  And computer games that have emulated that to some degree (for example, Spore) have been able to use that as a real selling point.

So, yes, I (like many) enjoy the beautiful map of Castle Ravenloft, and the amazing efforts shown in many a Paizo or Wizards of the Coast module (including those from Dungeon Magazine under the guidance of both companies) , but I strongly prefer game materials that make me think “I could do that!” over those that make me think “How the hell did they do that?!?”

So, here’s a couple of my maps.  You could do just as well.  Hell, you probably do better!  But I like to work this way, and I hope you will enjoy (and use!) what you see. 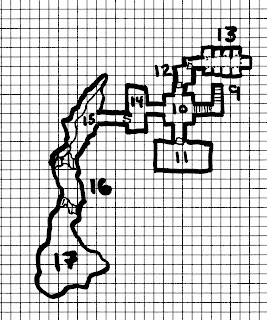 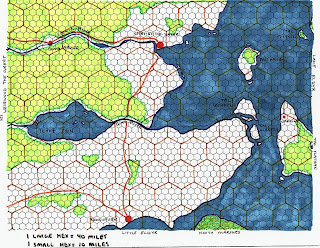 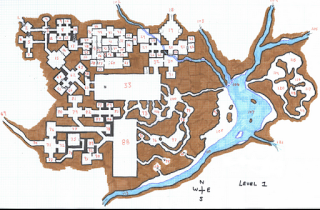 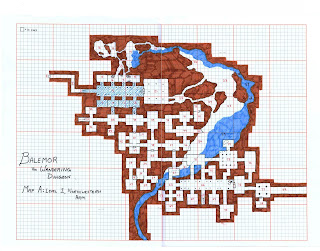