This came up as part of a Facebook conversation. I have expanded my response a little bit for this blog post: 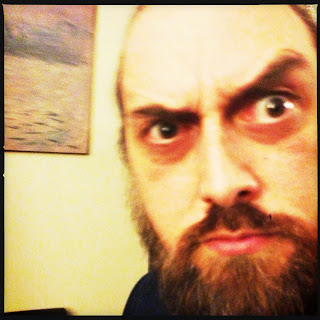 Let me say this: Part of the joy of role-playing games, for me at least, is in exploration of the fictional world. The character I play acts, at least in part, as an avatar allowing me to do this. The more the GM has envisioned the world, the better the game will be for me as a player.

The world might include orcs or goblins as opponents, but not as playable races. This is fine with me. For one thing, those races might have hidden secrets within the fiction that can be discovered, making them easier to deal with....or horrific. Imagine a game where, in the end, you realize that the orcs are the good guys and the humans are not. If you get to start by playing orcs, the concept loses much of its power, because the assumptions that play could otherwise begin with change, and the idea of a "slow reveal" is lost.

If the GM is required to justify saying "No" to a character concept, then this idea is either also lost, or the GM has to come up with a bullshit reason which conceals the truth. I don't want either of those things to occur. The GM can say "No" and does not need to justify that decision. If you can't live with the decision, find another GM. Or better yet, run your own game.

If a world's primary population is human, and all Joe wants to play are drow, pretty soon the idea that drow are rare in this world becomes a joke. Or Joe's character never dies. Because if he does, there is always yet another convenient drow waiting in the wings.

You can absolutely set up a "kitchen sink" fantasy world and make it work. But, IMHO and IME, the "kitchen sink" world is harder to make great than the world which has restrictions based on the vision of that world's creator. And that world's creator should always have more information about the world than you do, or there is nothing to explore. A kitchen sink world, if anything, needs more, not less, justification to make it coherent.

Neal Litherland says "the short version is that if you give players a cookie, they get a LOT more invested in your game." My response is: "Give the players a game world worth investing in, and you won't need to give them cookies as well."

A bit more on this in another post, where I will look at the problem with Session 0 and the idea that the game is the GM's story.

My advice for GMs: Run the world you want to run, the way you want to run it. If you can even get a single player, it is better than running a world you'd rather not run, or in a way that makes the game un-fun for you. Yes, absolutely look for advice/ideas to improve both your world and how you run it. No, never assume that the advice-giver has authority over your game. Even if I am that advice-giver.
Posted by ravencrowking at 10:48