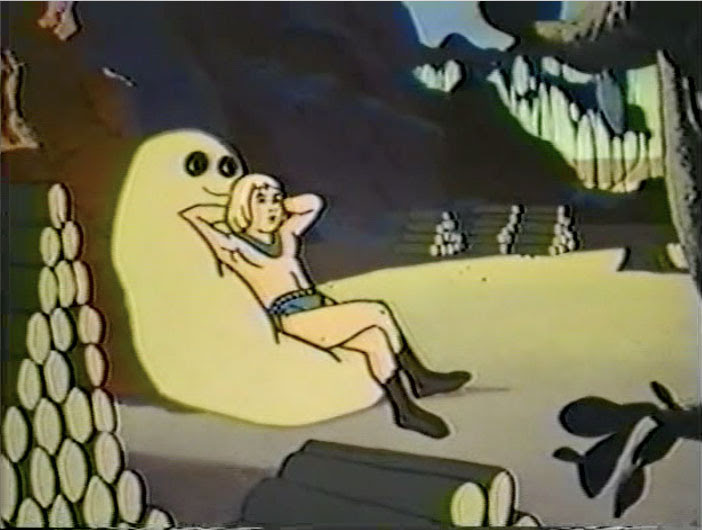 These strange creatures are formed of a softly glowing whitish-yellow protoplasm. They have solid black eyes with whitish-yellow irises. Reproducing by division every 10 years, they range in size from three feet in height to over eight feet, depending on their maturity level. Plasmoids move by either bouncing along or undulation, and can alter their shape to fit through the smallest holes and cracks. They originally hail from the world of Quasar, but have been found on different worlds as well.

Plasmoids tend to be solitary creatures, but they have an affinity for Lawful humanoids, sometimes becoming their self-appointed protectors and guardians. Plasmoids can fully understand humanoid languages and desires after 1-3 weeks, but communicate with each other through a language of chitters and babbling, along with eye expressions. They draw their
sustenance from the very air. These creatures are very difficult to kill. They can be stretched, even sundered, and they will reform their shape in moments and start regenerating the damage taken. Usually these whimsical, strange yet kind creatures spend most of their time
defending either their territory, their young, or their allies. Some wander their world, hiding from those that might fear them while searching for potential allies.

In combat, Plasmoid bodies shift and undulate in strange ways to avoid blows. This is even more effective against ranged attacks, which they can dodge with comparative ease. Their elastic, spongy flesh is immune to impact damage and blunt weapons, electricity, and force attacks (such as magic missiles). They take only half damage from fire, but are vulnerable to cold, which causes a –4 penalty to AC and a –1d penalty to a Plasmoid’s Action Dice for 1d5 rounds. These effects are cumulative with multiple cold-based attacks.

A Plasmoid can attempt to wrap around an opponent, doing no damage but potentially disabling him unless he can succeed in an opposed Strength check. A creature which fails three such checks is helpless.

Plasmoids are very intelligent, and can reshape their bodies roughly into any solid shape they can imagine. Because of their resilience and elasticity, they can form umbrella-like shields, parachutes, or even trampolines. The efficacy of any given form must be determined by the judge on a case-by-case basis, but the judge is encouraged to grant the Plasmoid a faux “Deed Die” or a die type equal to its Hit Dice (1d4, 1d6, or 1d8). This faux die does not add to attack roll or damage, but the result can be used to judge the success of attempts to trip, encumber a weapon, etc., that the Plasmoid may make inside or outside combat. This faux die can also be reduced by cold-based attacks, or have circumstantial penalties or bonuses using the dice chain as the judge determines. 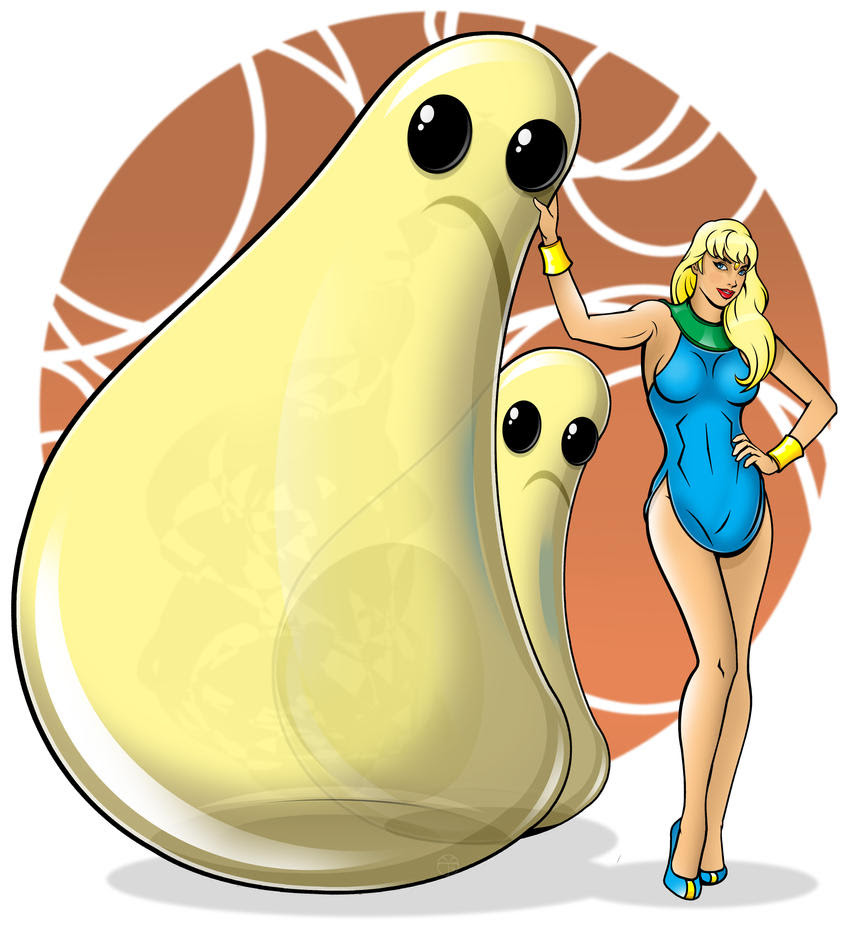 Note: The relationship between the Plasmoids of Quasar and other strange, bud oddly similar, creatures isn't well understood. In particular, the Shmoo seems to be a somewhat less malleable neutrally-aligned relative of the Plasmoids. Shmoos also reproduce far more quickly than do Plasmoids, and a single Shmoo may rapidly become an infestation.
Posted by ravencrowking at 13:56