Here is some artwork that I did for RCFG.  It isn't in colour (yet), but I thought some might find it interesting. 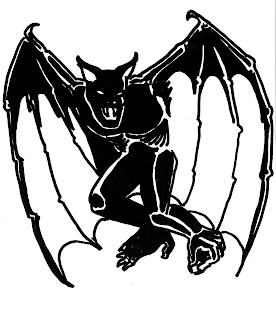 The first up is one of the Eldritch Horrors.  Sort of humanoid bat, with hand-like feet. 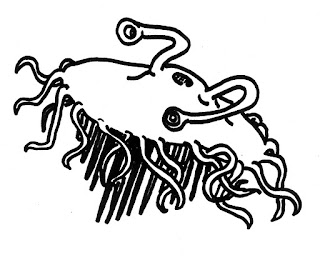 This fellow needs no explanation!  The flumph is one of the most iconic, well-known, and beloved monsters in FRPGing.  Needless to say, this is based off the OGC version in Tome of Horrors! 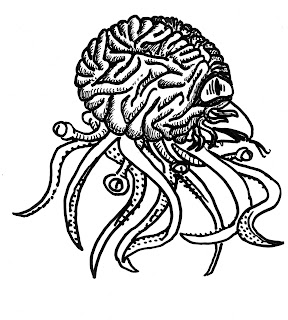 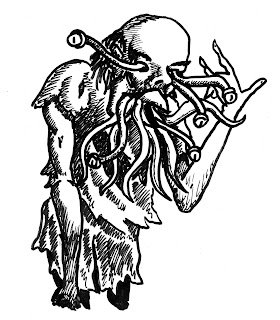 When the eggs sprout, the creature is at first a "zombie" controlled by the tentacled brain.  Sooner or later, though, a beak and tentacles force their way from the creature's mouth, and one or more eyestalks protrude from the body's empty eye sockets.  Because these adults are psionic, and band together for mutual aid and protection, juvenile tentacled brains are very much feared by adventurers.  The psionic blast of the juvenile tentacled brain is especially feared....giving rise to their better known nickname:  Brain Lashers!

Good gaming all!
Posted by ravencrowking at 13:56