More on Save DCs! 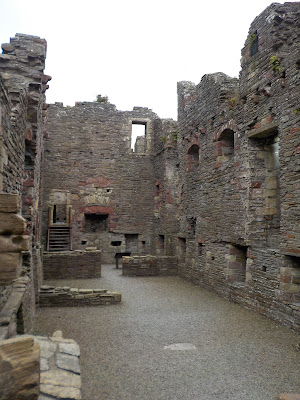 "Saves vs spell effects are one thing I have issue with... although many spells allow a save the DC is the spell check result which will routinely be over 20."

I thought that this was worth addressing.

If you look at the DCC core rulebook, on page 432, you will find:

As noted previously, “monsters break the rules”—and that applies to men as well. When sending your players to face a magician or warrior, you need not spend the time to create a complicated leveled-up player character according to the class rules. Make it fast and make it interesting!

Spellcasters in particular, whether human or monstrous in nature, should have powers that are unavailable to the players. This does not mean fully defined spells of the same sort learned by the characters. This means a unique power of some kind that would provide a plot hook, leading the player characters to seek out the wizard character and attempt to enlist his services, either as a an ally, hireling, or hostage. On the next page is a table of inspiration, but note that these powers should not be spells. The NPC should be able to use these powers with predictability and accuracy in a way that player characters cannot. It is left up to you to flesh out these ideas, which can apply to any wizard, sorcerer, shaman, witch, warlock, acolyte, priest, cult leader, or other such figure.

In DCC, it is assumed that the rules are designed for defining what Player Characters are (at least in a basic way), but not to limit what Non-Player Characters should be.  For the average human spellcaster that the PCs encounter, save DCs are fairly low: DC 11 for the Acolyte, DC 13 for the Friar, and DC 12 for the Magician. A Witch’s curse ability requires a higher save – DC 16 – but she also gains normal spells with a +8 to the spell check, which makes these formidable on a level that low-level PCs cannot easily match.

From the foregoing we can glean two important design principles in DCC:

(1) By the time the PCs have attained 3rd level, they are better than almost everyone around them.  Page 359 of the core rules puts third level characters at “1 in 1,000”. The average spell check for the PCs will be 15, assuming a roll of 11, +3 bonus for level, and a +1 bonus based off of ability scores. This last bonus is not guaranteed, but it is this writer’s experience that players often choose classes which complement their funnel survivor’s best statistics. This is not always true…an Elf, for instance, may have a penalty to Intelligence but still cast spells.

(2) PC magic is less predictable than the magic used by many NPCs, but it can be awesomely powerful.

Dungeon Crawl Classics urges the judge to let the dice fall where they may. Rather than being invested in an encounter playing out in a particular way, the game design wants you to invest in what actually happens at the table. If the PCs take out your “Boss Monster” with a natural 20 on a spell check and 5 points of spellburn, that is what is supposed to happen.  Likewise, if the Warrior crits and slays the Black Beast of Aaaagh at the top of the first combat round, so be it. Likewise if the Thief backstabs the Emerald Enchanter. Or the Cleric banishes Smaug back to the Lonely Mountain.

You are intended to invest in the process of play rather than any given outcome.

PCs slinging powerful magics might still give the poor judge pause, but there are some things the harried master of games may do. Be careful about using these too much. The idea should not be to make the Wizard, Elf, or Cleric useless, but to provide instances when the player’s “go to” tactics aren’t optimal. You are trying to create an interesting context to spur creative choices and outcomes. You are not trying to gimp the characters for being too powerful. Remember that, sooner or later, the dice will always go sour on the players. You will crit, or they will fumble. You don’t have to set it up so that they lose.

The rules also contain spell duels, and it is inconceivable that these rules were not intended to be used. Even if they were not, many DCC modules contain statted up spellcasters which are certainly capable of making the same kind of high spell checks that the PCs are. Even without those adventures, there is the aforementioned Witch. Both Demons and Dragons can do the same.

Suddenly, it is the PCs facing those incredibly high saves! What to do then?

The best answer is to roll the dice in the open, and let the chips fall where they may. Most spell checks will not be optimal. Once you have hit level 1, 0 hp doesn’t mean that you are dead. PCs can spend Luck (and a Halfling will be a major boon here). If the party contains a Wizard, Cleric, or Elf, an attempt at spell dueling may reduce the potency of an enemy spell (or eliminate it altogether).

Ultimately, though, there is a reason that the peasantry fears magic. It can be potent indeed. Rather than reducing that potency, make certain that the players see how magic is feared and respected by the commoners they encounter.

As a last pro tip, if you are having that NPC sling a magic missile with the force of a nuclear weapon, and there is no good reason not to, target the Thief and tell him what the save DC is. A Thief’s ability to use a Luck Die means that she has the best chance of actually making one of those gargantuan saves.