The Monolith from Beyond Space and Time 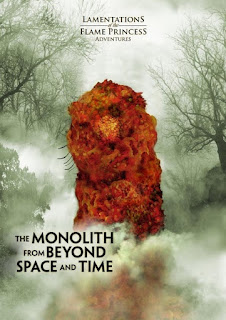 Tonight, I am going to begin running my group of Dungeon Crawl Classics players through James Raggi's excellent Death Frost Doom.  I think that a little Raggi goes a long way.  As with a recent Dreams in the Lich House blog post about mundane adventures, I think that it is important to allow the PCs in a campaign milieu to experience a lot of things that are outside the "same old, same old" of dungeon exploration.

Appendix N is widely diverse, containing within it high adventure and lurking horror.  Tales both humorous and  light-hearted are balanced with grim stories of doomed men and women.  One of the strengths of Appendix N gaming is that a campaign can run the same gamut of emotions and styles.

Because of earlier reviews, I had been a little hesitant to pick up The Monolith from Beyond Space and Time, but I am very happy that I did so.  So much so that I wish Mr. Raggi would consider making all of his back catalogue of adventures available as Print-on-Demand products.  There are several that I would like to own print copies of.  Thankfully, other reviewers convinced me to plunk down money for this and The God That Crawls, and it is possible to order print copies of these!

As with some other reviewers, I think that it would be a disservice to prospective players and judges to go into details about The Monolith from Beyond Space and Time.  Suffice it to say that Mr. Raggi has accomplished his goal -- a truly Lovecraftian adventure that doesn't reference Lovecraft.  This module not only begs to be read, but it begs to be played.  The events therein may be campaign-altering, but most importantly they will prevent the players from assuming that the world is level-appropriate, or that things are always what they seem. 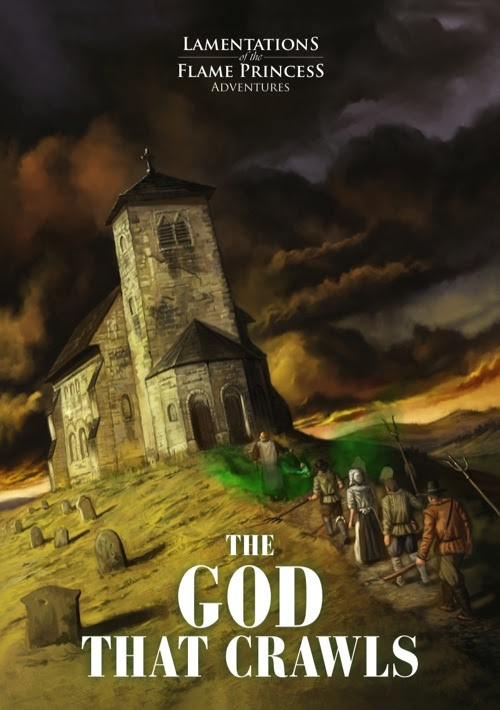 And that note about the world being level-appropriate is meant in a good way -- this is not a "killer dungeon", but it is an adventure that creates situations destined to creep out the characters (and the players!) and one which may cost the PCs much in the long run.  Or not.  The players have hard decisions to make, and those determine the outcome as much as anything else.

Frankly, The Monolith from Beyond Space and Time is a masterwork of the macabre and the eerie.  In it, James Raggi fully accomplishes his stated goals.  This is a perfect adventure to adapt to Dungeon Crawl Classics, keeping in mind the importance of player agency in choosing to tackle the adventure.  And while it does need some adaptation and some tweaks to make it work in the multi-planar environment that is many of our campaign milieus, IMHO it is very much worth it.

(P.S.:  I am considering adapting The God That Crawls as a 0-level funnel, using the base setting of the module -- the real world of 17th Century England.  That should be great fun for all involved!)