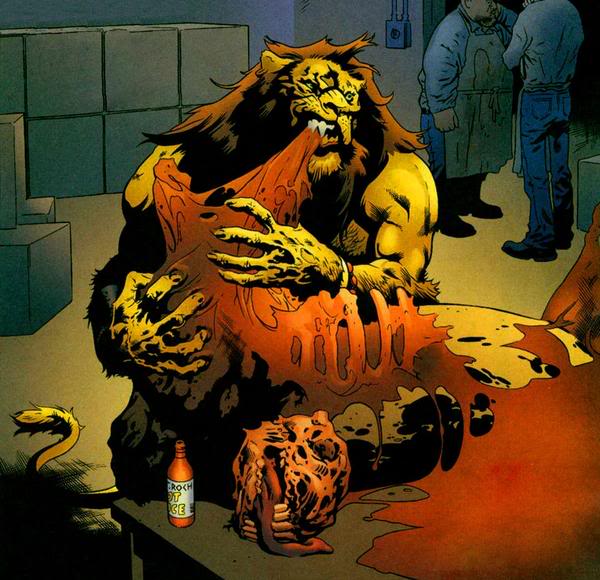 Moktars are 7’ tall humanoids, heavily muscled with short tawny fur and thick-maned lion-like heads. Women and children are rarely seen, as they are kept in remote, well-hidden lairs among the ancient ruins of the Land of One Thousand Towers. Although mostly encountered as roving war-bands, preying on travellers and isolated villages, not all moktars are raiders – a small number seek out their fortunes in the towns and cities of men. You are one of these. You have decided to leave the comfort of the warband to live among humankind.

Weapon Training: Moktars are trained in battle axe, hand axe, club, spear, longsword, and short sword. Moktars can make attacks using their claws, having a base damage as indicated by level; this is real, not subdual, damage. Moktars can wear armour, but finding armour designed for their large frames is difficult and expensive.

Alignment: Moktars are almost always Chaotic. Some few are Neutral. Few, if any, are Lawful, and these are considered to be deranged by other moktars.

Strength and Agility: Moktars are not particularly agile to begin with, and moktars accustomed to living in comparatively cushy human cities are even less so. Moktar characters thus have an additional penalty to Agility rolls (applied to the Agility modifier, not the Agility score). This does not affect Reflex saves. They are, however, very strong, and have a bonus to Strength rolls (added to the modifier, rather than the Strength score). These modifiers are level-dependent.

Thick Hide: Moktars have a base AC of 14.

Luck: A moktar’s Luck is used to modify attack and damage rolls. A moktar may spend a point of Luck to negate a critical hit scored against him.

Infravision: Moktars have infravision to a range of 30’.

Large: Moktars are large, and may have difficulty squeezing into tight spaces.

Languages: All moktar PCs understand the prevailing common tongue – but their jaw structure prevents them from speaking it. They can only communicate in the native moktar tongue, a language of roars.
Likewise, while humans (and demi-humans) can learn to understand moktarish, they are simply unable to enunciate the subtle differences in roaring that are essential to the moktar language. Moktars may understand additional languages based on Intelligence, but cannot speak them.

Action Dice: Moktars Action Die can only be used to make attacks.

0-level Moktars: 0-level moktars gain the advantages of thick hide and infravision, but are large, can speak only moktarish, and have a –4 penalty to Agility-based checks.

Note: This class is based off the moktars from Patrick Wetmore's excellent Anomalous Subsurface Environment, which is an excellent resource easily converted to DCC play. It is not an official conversion! 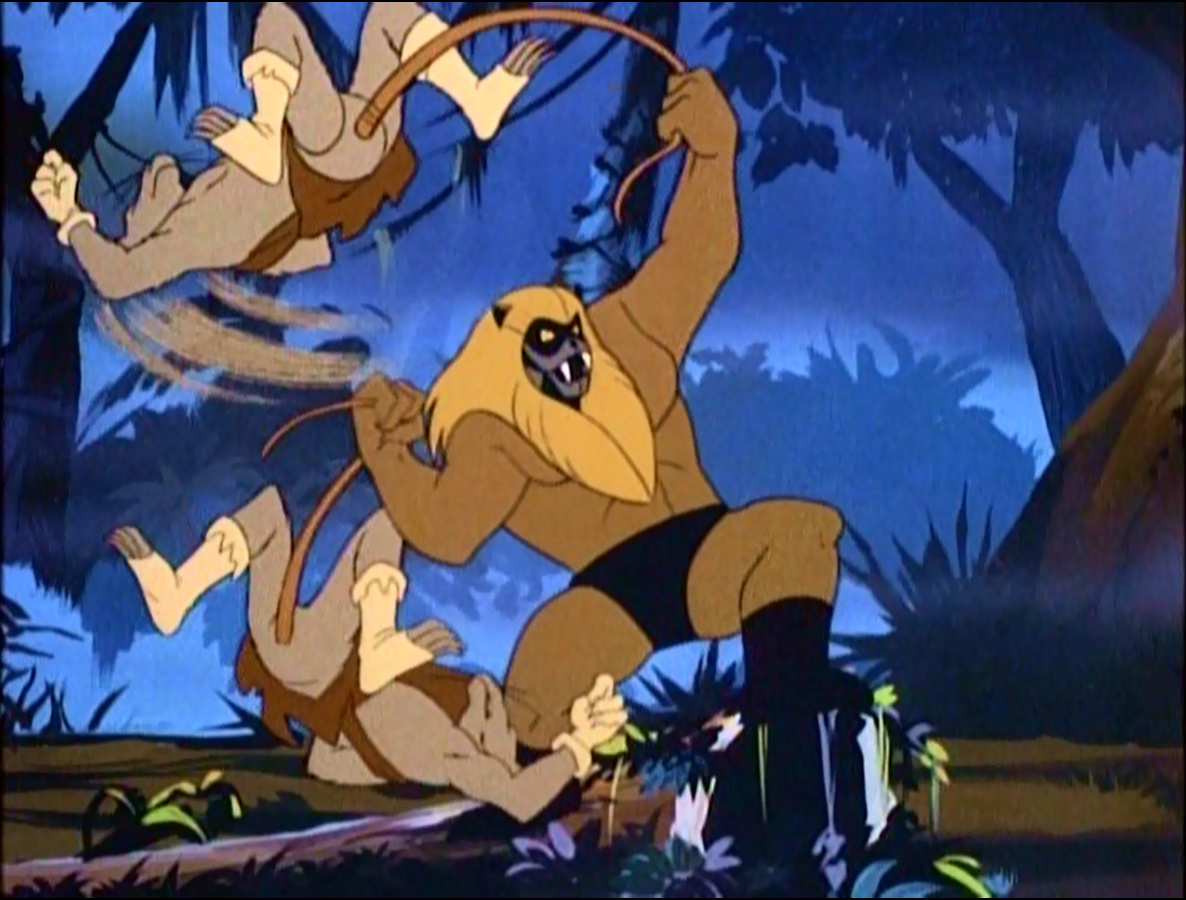